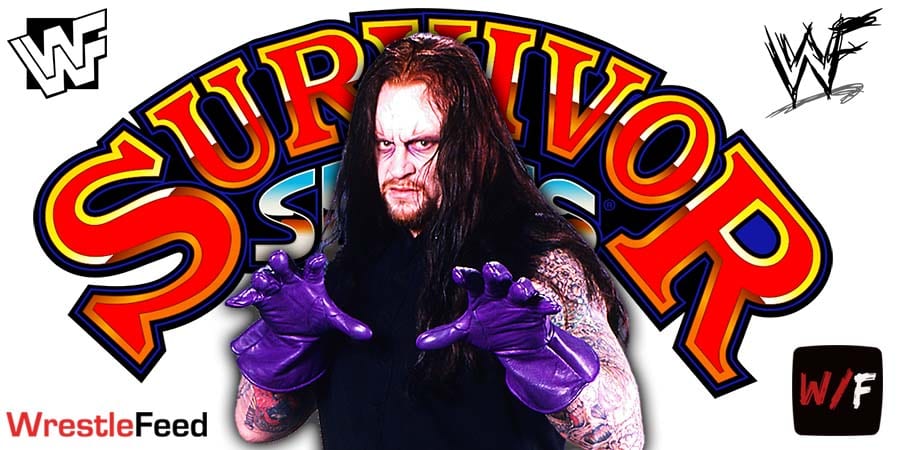 • WWE Giving The Undertaker A “Final Farewell” At Survivor Series 2020

After defeating AJ Styles in a Boneyard match in the main event of night 1 of WrestleMania 36, The Undertaker announced on the docuseries “The Last Ride” that he was retiring from in-ring competition.

At Survivor Series this month, WWE will celebrate 30 years of The Deadman in the company.

They have now started promoting it as the “Final Farewell” of The Undertaker.

Below is the press release issued by WWE about it.

One of the most iconic Superstars in WWE history and a pop culture phenomenon, Undertaker made his WWE debut at Survivor Series on November 22, 1990. From his debut with Brother Love to his critically-acclaimed match vs. AJ Styles® at this year’s WrestleMania®, Undertaker has participated in some of the greatest matches in history against Hall of Famers such as Hulk Hogan, Ric Flair®, Triple H®, Shawn Michaels® and Mick Foley®; had multiple WWE Championship reigns; and held an unmatched and astounding undefeated streak at WrestleMania that lasted 21 years.”

On this day in 2003, we lost Old School WWF Attitude Era Veteran Crash Holly (Real name: Mike Lockwood) at the young age of 32 due to a heart attack due to a drug overdose.

He won the WWF Hardcore Champion 22 (!!!) times between 2000 and 2002 and is also a former WWF Tag Team Champion, WWF European Champion and WWF Light Heavyweight Champion.