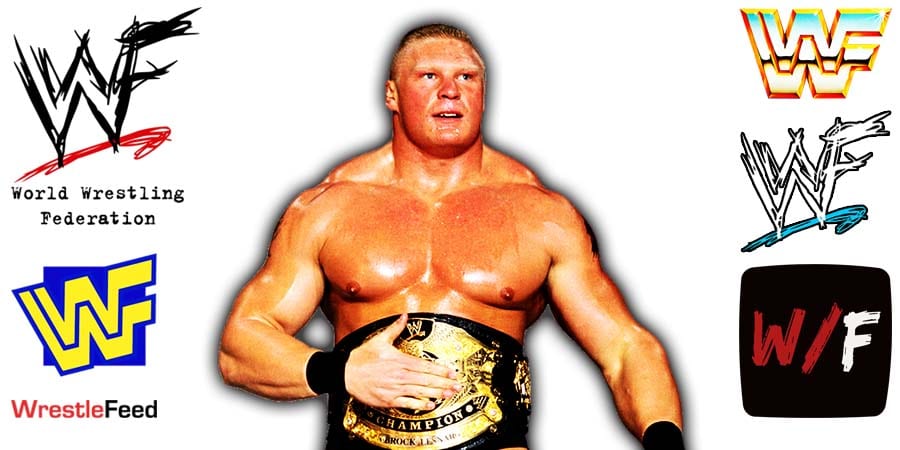 During a recent episode of his weekly ‘Wooooo Nation UNCENSORED’ podcast, 2-time WWE Hall Of Famer Ric Flair talked about Brock Lesnar winning the WWE Championship in the main event of the WWE Day 1 PPV.

“They like to believe in somebody. I mean, as a babyface, you can look at Brock Lesnar, not only because he’s a phenomenal athlete. They know when he’s gonna kick someone’s a$$, and that’s what the fans like.

So when people are b*tching about [Brock] getting paid a lot, don’t make it don’t mistake. The fact that he earns it and he deserves it.”

Brock Lesnar is the highest paid Superstar in the WWE today.

He will defend the WWE Championship at the upcoming WWE Royal Rumble 2022 pay-per-view on January 29 against Ruthless Aggression Era Veteran Bobby Lashley, in what most fans consider an absolute dream match.

This episode was broadcasted from the America West Arena in Phoenix, Arizona and featured matches, interviews & storyline segments on the road to the ‘WWE Royal Rumble 2003’ PPV.