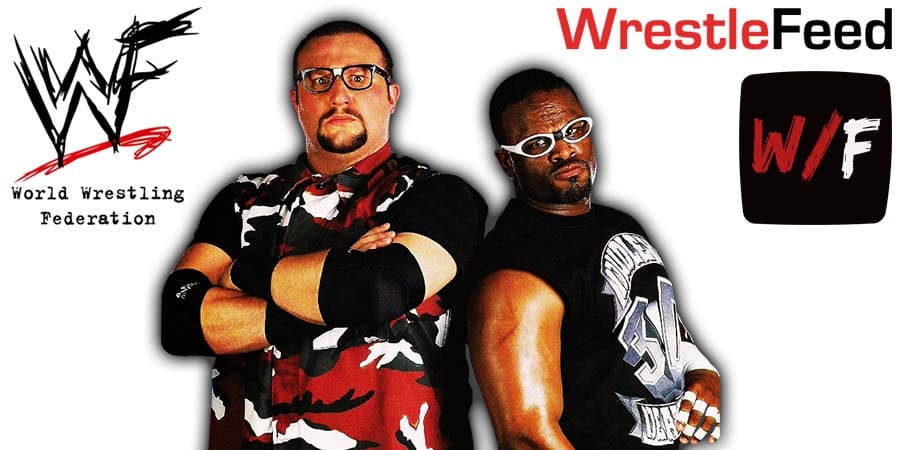 Former SmackDown Women’s Champion Bayley was the guest on this week’s Table Talk podcast with WWE Hall Of Famer and Producer D-Von Dudley.

Bayley asked Dudley how he was feeling.

While not going into much detail, he replied:

Hopefully I will be back soon, I gotta see the doctor today but it’s been a little rough. I’ve been hanging in there doing what I can.”

Also Read: “When I got on the road The Dudley Boyz gave me a hard time” – Former WWE Diva

On this day in 1998, we lost Old School WCW Veteran Loch Ness aka Giant Haystacks (Real name: Martin Ruane) at the age of 51 due to Lymphoma.

As Giant Haystacks, he became a legend in Europe, where his rivalry against fellow UK Wrestling Legend ‘Big Daddy’ stands out.

In early 1996, he joined Ted Turner’s World Championship Wrestling as Loch Ness, a member of Kevin Sullivan’s Dungeon of Doom.

Loch Ness was booked for a feud against Hulk Hogan, but that never happened as Ruane was diagnosed with cancer and left the promotion.

Giant Haystacks is ranked #5 on a list of THE heaviest professional wrestlers of all time, listed as weighing 690 lbs / 313 kg when he was at his heaviest.