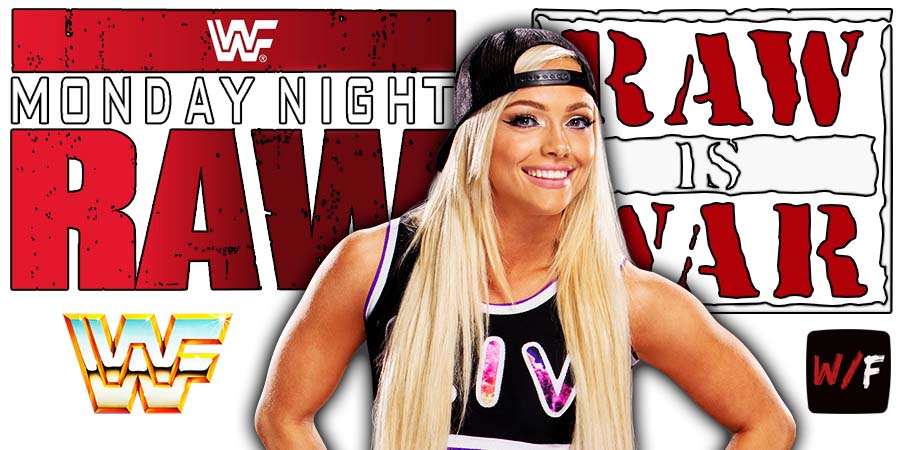 After winning the Money In The Bank contract and then successfully cashing-in on Ronda Rousey to win the SmackDown Women’s Championship, Liv Morgan appeared on Monday’s RAW to celebrate the biggest victory of her WWE career.

She cut a promo and later competed in a tag team match, where she & RAW Women’s Champion Bianca Belair defeated Carmella & Natalya.

“I didn’t think it was a strong promo from her. But I will say this, the people were behind her, at first, but then it started to trail off a bit.

I believe she was trying to memorise a promo – they’re never going to hand Liv Morgan a microphone and say, ‘Here’s five minutes, go say whatever the hell you want to say.’

This whole, ‘We did it guys, if it wasn’t for you guys, you guys got me all the way through,’ it’s uber babyface, chase-the-hug stuff and I understand why they do it.

But, I want to see Liv come out there and stand on her own two feet – verbally and physically.”

The Undertaker vs. Bob Allen

The Mountie vs. Bob Jones