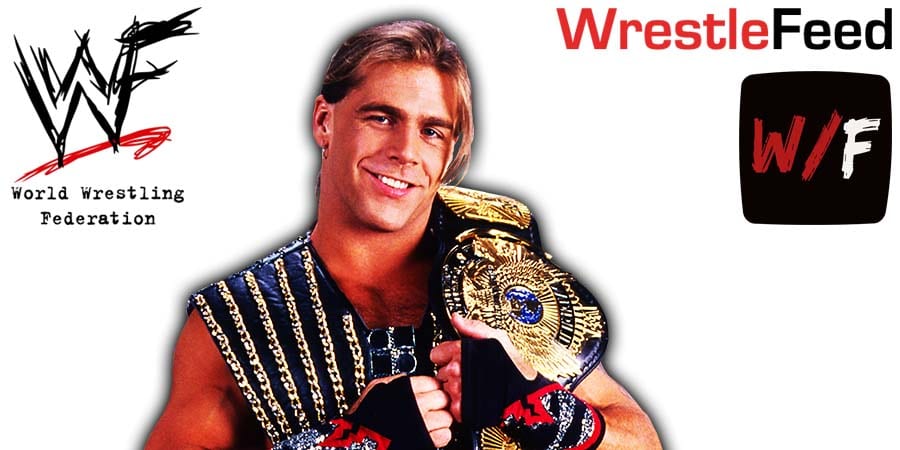 During an interview with Fightful, two time WWE Hall of Famer Bret Hart talked about Old School wrestlers having drug addiction issues, and one of those wrestlers being Shawn Michaels.

The Hitman gave credit to HBK for overcoming his addiction and said the following:

“Davey [Boy Smith] had his issues and his drug problems. It’s hard to say whether he would have overcome those. I think Davey, if you know anything about that kind of drug addiction, people can’t control it.

Some people have an ability to overcome it and there’s a lot of guys, like Test is a good example. You go to rehab and you got it under control and a week later you’re back on. You don’t have the control to stop yourself from getting back on that cycle of drugs again.

There’s a lot of guys that have the ability to get off and it’s a credit to Shawn Michaels, really, that he survived, that he’s alive today. He was one of the guys, and he’d probably be the first one to tell you, I’m sure he has, that he had a really bad problem.

There’s a few wrestlers from those days that had serious drug problems that overcame them and are alive today that and are living prosperous and happy lives.

It just shows you that if nothing is impossible, maybe, it would be nice to think that Davey would have been like one of them. But, unfortunately, he’s not with us.”

2. The Repo Man vs. Reno Riggins

5. The British Bulldog vs. Mike Samples