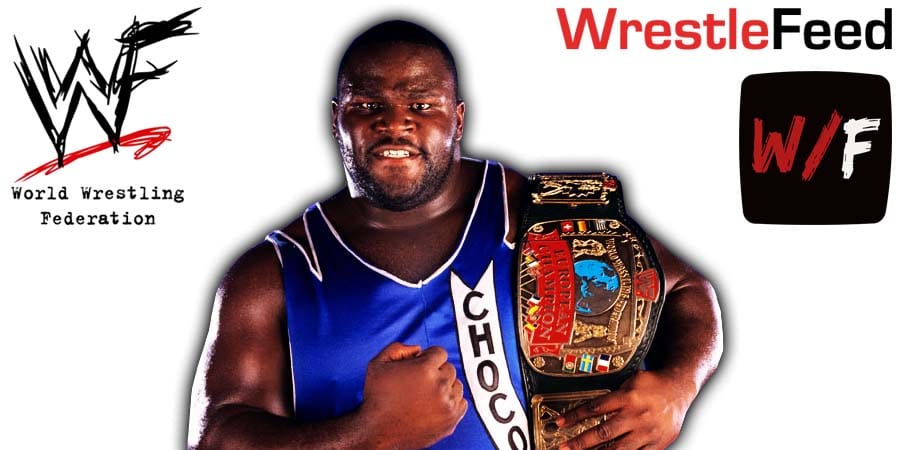 WWE Hall Of Famer Mark Henry recently appeared on Booker T’s weekly ‘Hall of Fame’ podcast, where he revealed that he has dropped 80 pounds (since his last pro-wrestling match) for his planned in-ring return.

A while ago, we reported that Henry wants one more match, where he would like to put someone over.

“There’s a lot of kids that didn’t get to see me wrestle. They only saw me on YouTube. It’s been enough time that has passed.

Also, I quit before I had a last match, before I waved at everybody and said, ‘Ok. I had the pink jacket on. I’m sorry I lied to you all that I was leaving and retiring. I own it’.

But, I did not get that match where you go and pay tribute to the fans and you go and you wrestle somebody that’s up and coming, that’s talented and you give them, what we call, the rub.

I didn’t do that, and I feel guilty. That’s why I’m doing it. I figure that I’m going to wait until I’m 50 so the expectation is lower.

At 50, they don’t expect me to go out there and have a 20 minute, 5 star match, just to be honest. I’m telling you that right now.

It’s going to take a good man to beat me, but it might not take him long.”

While Henry would prefer to have his return match on WWE TV (where he has worked since 1996), he did in fact not rule out having the match elsewhere, if WWE isn’t interested in his in-ring return.

You can check out a recent photo of Mark Henry below:

This episode was pre-taped at the Veterans Memorial Auditorium in Des Moines, Iowa and featured matches & storyline segments on the road to the ‘WWF In Your House’ PPV.