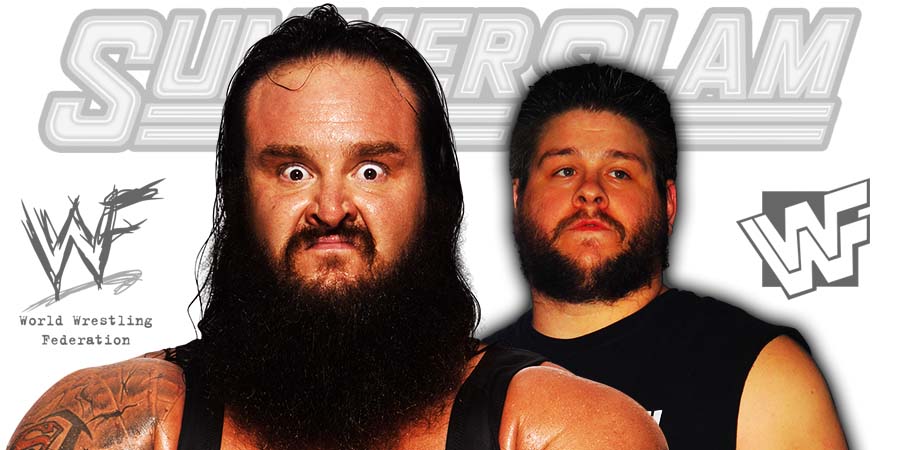 By far the biggest accomplishments of his career were defeating The Undertaker clean on PPV (Judgment Day 2006) and winning the World Heavyweight Championship on Friday Night SmackDown in 2007.

During a recent edition of the Steve Austin Show podcast, WWE Hall of Famer “Stone Cold” Steve Austin gave his views on the SummerSlam 2018 PPV.

“I hope Kevin Owens can claw his way back to where he was. Hopefully, they’re booking him to get back to where he was. I’m a big fan of both guys. I’m friends with both guys, but, man, with Braun, Braun is a big guy. And Kevin has been in the picture for a lot of titles, held a lot of titles, and I just thought, ‘man, he didn’t get s*** in, so, eh, I just wasn’t a fan.

Yeah, I just didn’t think Kevin Owens needed to get steamrolled because he’s a top guy. And, obviously, Braun Strowman is still green, but he’s a top guy. They’re grooming him for bigger and better things, but KO didn’t need to get squashed in the process.”

“I just think for what it was, the action that did happen before it was over, because it didn’t last very long. I enjoyed the match. I knew they were in a tough spot, Roman came out really nice. Man, the crowd popped when he won!

It could have gone the other way, but the way they had it set up, they came out of this thing smelling like a rose. And so who knows what’s on the backside or moving into the future with Roman? I guess Brock will go to fight in the MMA or whatever. I don’t know what his deal is. Strowman is in the picture. I loved the physicality with Brock and Strowman.

I loved Strowman getting beat with the briefcase and chucking the thing up the damn ramp. Oh yeah, it was great! But, dude, they popped pretty damn big for Roman, so they really made the most out of the situation that they could, in my opinion.”