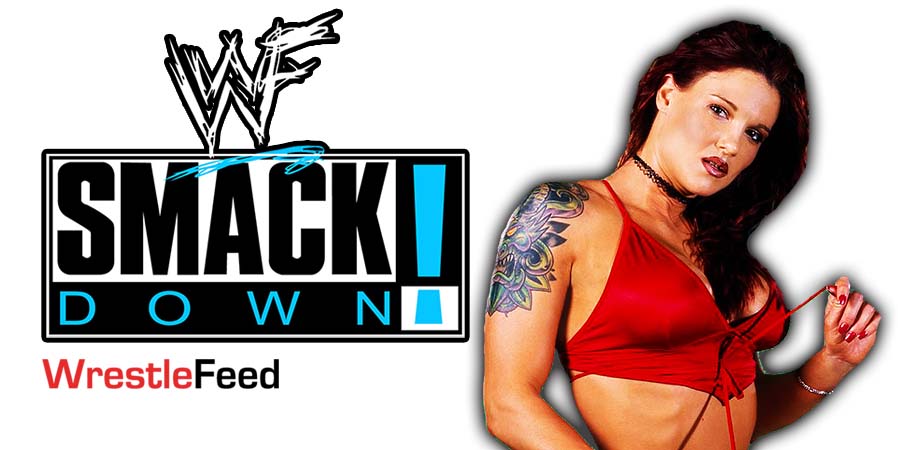 • WWE Hall Of Famer Returning To SmackDown After 20 Years Tonight

WWE Hall Of Famer Lita will return on tonight’s SmackDown. Below is what WWE posted about it:

“Last week, it was announced that WWE Hall of Famer Lita would be among the honored participants competing in the Women’s Royal Rumble Match for the opportunity to headline WrestleMania.

Now, for the first time in nearly 20 years, the groundbreaking four-time Women’s Champion is set to return to the blue brand. Don’t miss SmackDown tonight at 8/7 C on FOX.”

Below are the other things that WWE announced for tonight’s SmackDown:

Also Read: Yet Another SmackDown Star Out Of Action With An Injury

It was broadcasted from the American Airlines Center in Dallas, Texas and featured matches & storyline segments on the road to the ‘WWF Royal Rumble 2002’ PPV.