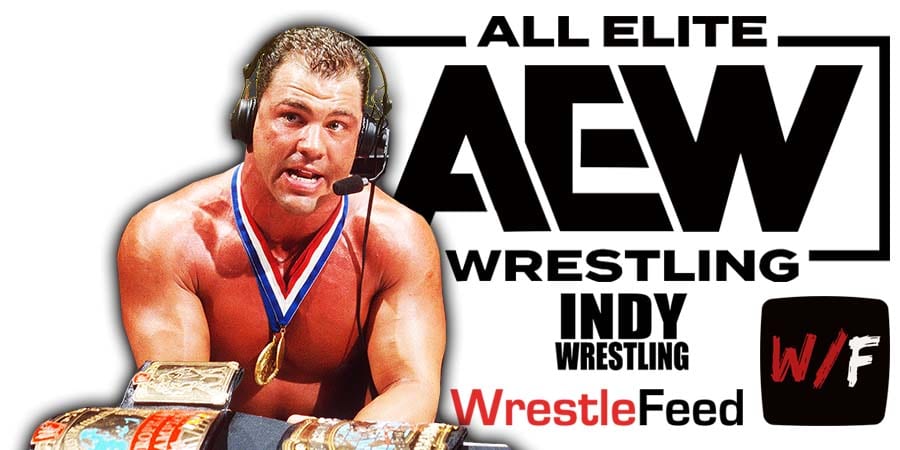 However, Angle recently denied any plans of going to AEW (after Shaquille O’Neal asked him to, tap here to read more), as well as returning to active pro-wrestling, after he retired from the sport at WrestleMania 35.

I don’t think Kurt Angle is far from hooking up with AEW and having one more run, WWE, TNA, now AEW, that’s three companies Kurt Angle would have spent time with, and more importantly, got a paycheck from.

At the end of the day, that’s what it is all about.”

Together they were inducted into the 2009 Class of the WWE Hall of Fame by their long-time on-screen rival and close personal friend Michael “P.S.” Hayes