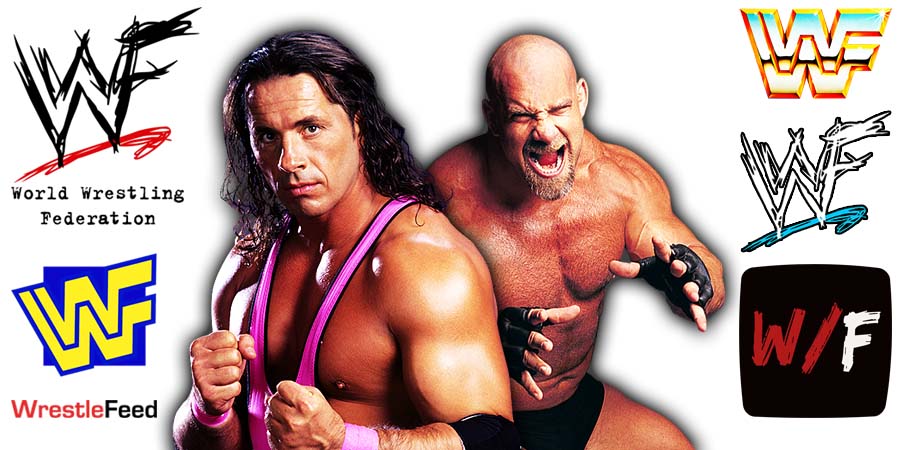 “I think you do have to get over it and go, ‘it was an accident, man. Nobody meant to hurt anybody.’

I know Goldberg… I can’t imagine him having malice in his heart when any of this stuff went down. I see that as an accident, and I see that worthy of forgiveness and I think in time, maybe Bret will do that.

In time, I think Bret will find forgiveness in his heart for even Goldberg.”

It almost seems like ‘The Hitman’ only has one topic to talk about these days, which is the botched Superkick by Goldberg during the WCW Starrcade 1999 main event, that eventually led to the end of Bret’s professional wrestling career a few weeks later.

The entire WWF Survivor Series 1997 Montreal Screwjob incident, which was pretty much his #1 topic ever since, gets hardly mentioned by him anymore nowadays.

However, let’s go back to June 9th 2015, where Hart posted a photo of him and Bill Goldberg on his Twitter account.