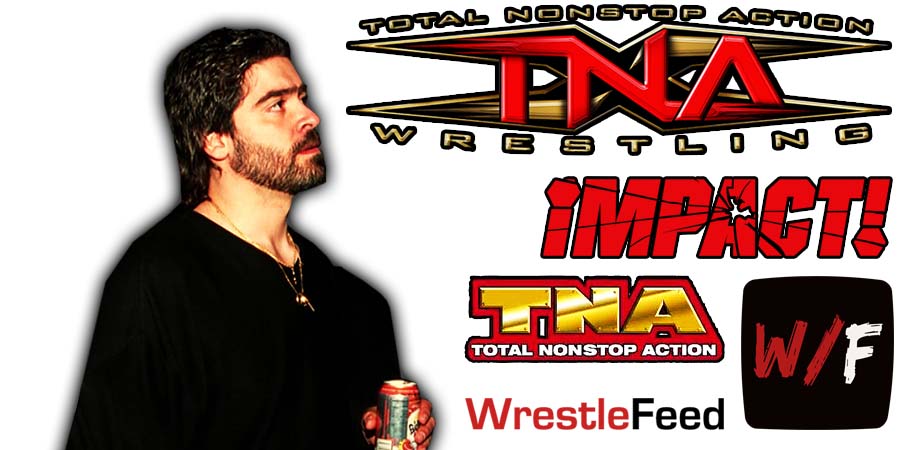 Angle gave Russo credit for being a talented writer and a great creative mind.

“The unsung hero that I think? I love Vince Russo. I don’t know how fans think about him or how they feel about him, but Vince was very talented. The success he had in WWE was phenomenal, The Attitude Era.

When he went to WCW, the problem was he was writing for the wrestlers and they were like, ‘I’m not doing that. I’m going to do whatever I want’, so his storylines turned into something else because the wrestlers turned it into whatever they wanted and so it got diluted.

Kurt Angle wrestled for TNA from 2006 until 2016 and Vince Russo was the #1 writer and head of creative in the company for most of that time.

Russo does have a very bad reputation nowadays, and it’s not just because of Jim Cornette bashing him at every chance he gets, but it’s most likely the fact that Russo was doing great in the World Wrestling Federation during the famous Attitude Era, when Vince McMahon was sort of a filter for him, but then totally screwed up pretty much everything in WCW later on, when he was on his own and had no one above him (like McMahon) to tell him which idea is good and which is not.

Jerry Sags was most famous as one half of the legendary Tag Team ‘The Nasty Boys’ with his partner Brian Knobbs.