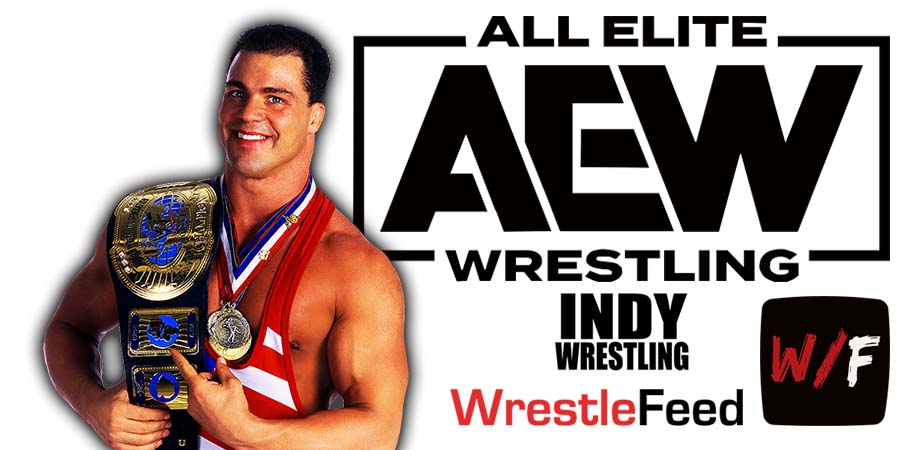 On the latest episode of his weekly ‘The Kurt Angle Show’ podcast, our Olympic Hero interviewed former NXT Champion Adam Cole, who now works for Tony Khan’s All Elite Wrestling.

During the interview, Cole revealed that it was actually Kurt Angle, who inspired him to get into wrestling in middle school and eventually turn into a professional wrestler later on.

“Reading his book, hearing about all the training he would do, getting 5 hours of sleep, being involved in so many different clubs, and training twice a day, I’m like, this is what I want to do.

I want to be this guy who works his tail off to get to his goals.

At the end of the day, I knew that I wanted to be a pro wrestler. So I actually started wrestling in middle school, in high school because of Kurt.”

Cole is currently out of action with a serious concussion & a shoulder injury. At this point, it’s not known when he will return to AEW TV.

Also Read: “I cried like a baby after that match” – Adam Cole