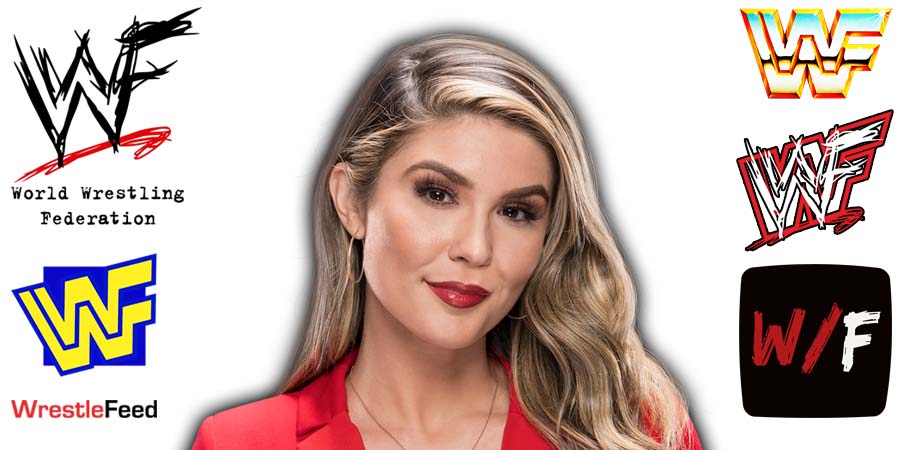 Backstage Interviewer Cathy Kelley used to work in NXT, but left the WWE in February 2020 to pursue other things.

After being gone for two and a half years, she’s back in WWE and works as a Backstage Interviewer on Monday Night RAW now.

Below is the recent footage of Cathy’s buns getting exposed while playing Golf:

Also Check Out: WWE Star Mandy Rose Posts Her Most Revealing Photo Ever

On this day in Pro Wrestling history on October 17, 1999, the World Wrestling Federation aired ‘WWF No Mercy 1999’ LIVE on PPV from the Gund Arena in Cleveland, Ohio.

The Hollys defeated The New Age Outlaws by DQ

The Rock defeated The British Bulldog