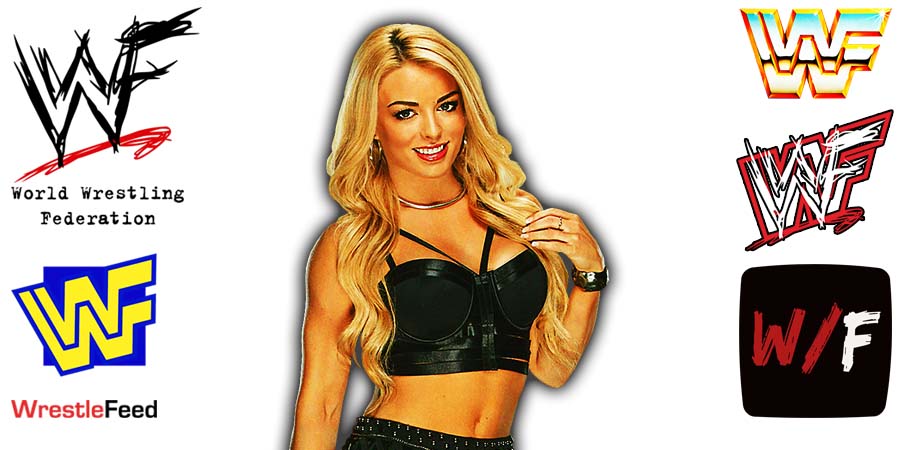 • Mandy Rose Posts Her Most Revealing Photo Ever

When it comes to posting hot photos, Mandy has been on fire as of late.

You can check out her hottest shot ever below:

It was LIVE from the Continental Airlines Arena in East Rutherford, New Jersey and featured matches, interviews & storyline segments on the road to the ‘WWF No Mercy 1999’ PPV.

– Elimination Match: The Acolytes vs. Kane & X-Pac vs. The Hollys vs. New Age Outlaws

– The Rock vs. Chris Jericho