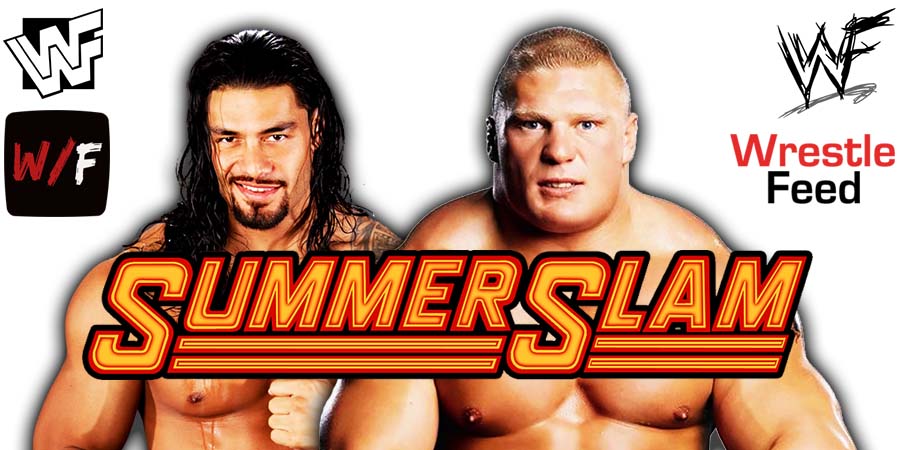 He doesn’t appear on SmackDown every week and there’s a reason behind it.

The Tribal Chief appeared on The Today Show recently and revealed that he has a lighter schedule now so that he can spend time with his 5 kids (out of which there are 2 sets of twins) at home.

With that being said, WWE is now moving forward with an old Brock Lesnar storyline for Roman, now that he’s on somewhat of a part-time schedule.

A few years back, when Lesnar held the Universal Title for over 500 days, wrestlers began calling him out for keeping the Title hostage and not showing up to work, which helped in them getting stronger babyface reactions from the crowd.

Now, WWE is doing the same with Reigns, as Drew McIntyre (who is scheduled to challenge Roman for the Undisputed Title at Clash At The Castle) recently called out Roman for keeping the Titles hostage.

This was done to get the fans on McIntyre’s side, as he plans to finally have his big moment in front of the fans next month, by winning the Undisputed Championship.

Butterbean appeared on 2 separate World Wrestling Federation events, first at “WWF In Your House 19: D-Generation X” in 1997, where he defeated Marc Mero in a worked Boxing match and then in 1999 at WrestleMania XV, where Butterbean knocked out Brawl For All winner Bart Gunn in a legitimate Boxing match.