Former SmackDown Tag Team Champion Jimmy Uso got arrested early this morning for driving under the influence near Pensacola, Florida.

“Uso was speeding when an officer got behind him and noticed he was driving erratically and ‘swerving left and right’.

We’re told when the cop pulled the wrestler over, he reeked of alcohol … and when the officer tried to administer DUI tests on Uso, he refused.

Uso was then arrested on a DUI charge and we’re told he was also hit with a speeding citation.” 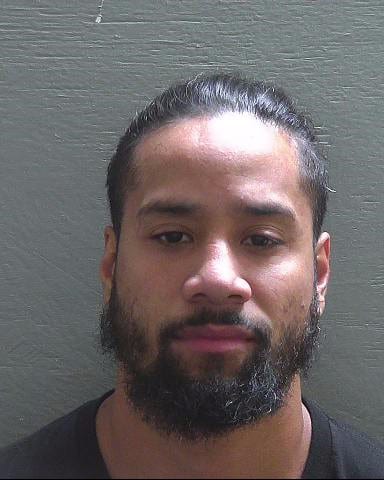 “Jonathan Fatu is responsible for his own personal actions.”

Jimmy was arrested earlier this year in February as well, for disorderly conduct and obstruction (tap here for more details).

It should be noted that John Cena took at shot at Jimmy’s February arrest earlier this week on RAW Reunion, and now Jimmy is arrest again a few days later.

Below is what Cena said on RAW during their rap battle:

“Respect for calling me out, but ain’t no way I’m getting bested. Ya’ll look just like your mugshots! How was it getting arrested?”