Sgt. Slaughter also wrestled for Jim Crockett Promotions & Verne Gagne’s AWA, but had his greatest success in the WWF, when he defeated The Ultimate Warrior at the ‘Royal Rumble 1991’ PPV to become the WWF World Heavyweight Champion.

As the Champion, he main evented WrestleMania VII, where he lost his title to “The Immortal” Hulk Hogan.

WWELegendsShop.com Puts the Focus on All Time Great WWE Legends 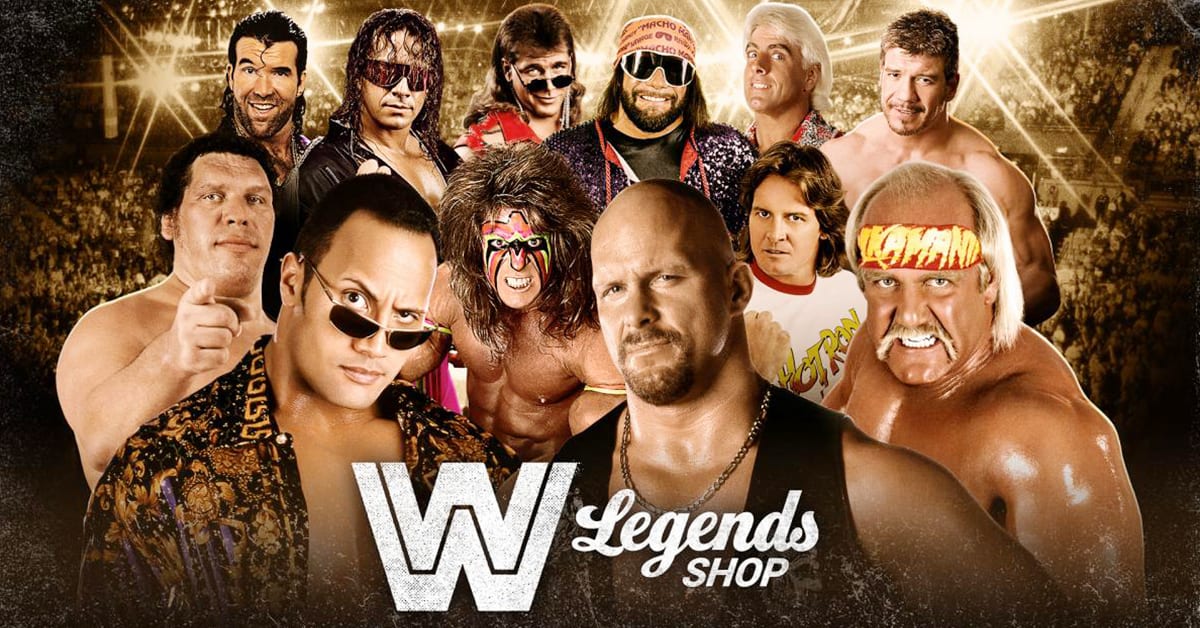 “WWE is proud to announce the launch of WWELegendsShop.com, a new ecommerce website completely focused on the greatest to ever compete in the squared circle! With exclusive lines and new releases that can’t be found anywhere else, WWE Legends Shop houses the largest collection of Legends merchandise WWE has ever assembled.

Whether you have two words for D-Generation X, can smell what The Rock is cooking or simply hail from Parts Unknown, WWELegendsShop.com has all the gear you could ever want from the WWE Legends you love! From Eddie Guerrero & Shawn Michaels to “Stone Cold” Steve Austin & Undertaker to Hulk Hogan & “Macho Man” Randy Savage, they have it all!