Kofi Kingston will face Daniel Bryan for the WWE Championship this Sunday at WrestleMania 35.

Kofi & Bryan had a contract signing segment for their WrestleMania Title match in the main event segment of this week’s SmackDown and WWE made a funny botch in the contract.

You can check out the contract below: 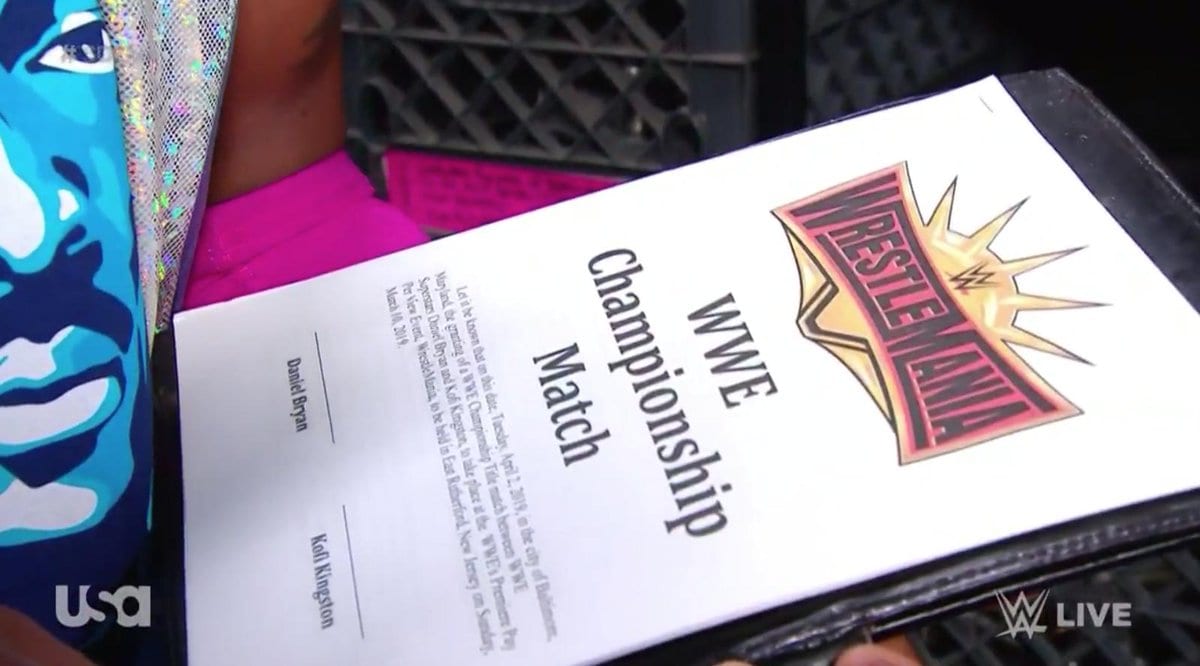 If you check the above photo closely, the date mentioned for their WrestleMania 35 match is not April 7th, but March 10th (which was the date for FastLane 2019 PPV).