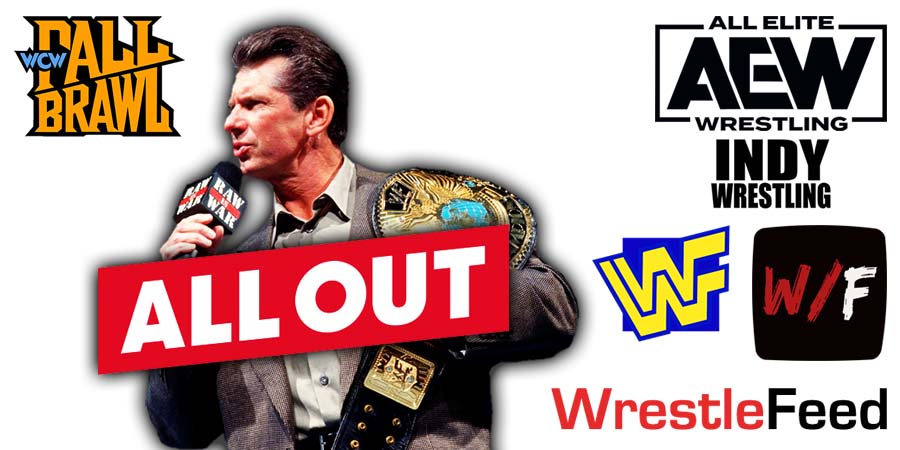 As seen at AEW’s All Out 2021 pay-per-view this past Sunday, former WWE Champion Daniel Bryan and former NXT Champion Adam Cole made their debut for Tony Khan’s All Elite Wrestling.

While the AEW fans believe this will lead to the “end of WWE”, the WWE management simply doesn’t care.

We reported a few weeks back that WWE officials believe Bryan doesn’t have any drawing power left at this point. While they still wanted to keep him under contract, they didn’t view losing him as a big loss and were okay with it.

Regarding Adam Cole leaving, they reportedly saw it coming and Vince McMahon isn’t concerned by it whatsoever.

As noted during WWE’s recent earnings call, Vince noted that he’ll gladly release more wrestlers so they can go to AEW, and then released Bray Wyatt a few days later.

WWE Officials knew AEW will have some momentum after CM Punk’s debut, but they believe that Punk’s hype will die out soon, and it really looks like it won’t last long.

Also Read: Multiple Former WWE Stars & Hall Of Famers Were Backstage At All Out 2021

• On This Day In Pro Wrestling History (September 7, 2003) – Old School Veteran Passed Away

On this day in 2003, we lost Old School Wrestling Veteran The Great Antonio (Real name: Antonio Barichievich) at the age of 77 due to a heart attack.

In 1977, while on a tour for NJPW, he wrestled the legendary Antonio Inoki, but for some reason refused to sell for his opponent during the match and stiffed him with some heavy punches at the same time.

As a reaction to Antonio refusing to work a proper match, the legitimate Martial Arts fighter Inoki responded by shooting (fighting for real) on him, taking Antonio down and kicking his face in, leaving him a bloody mess.