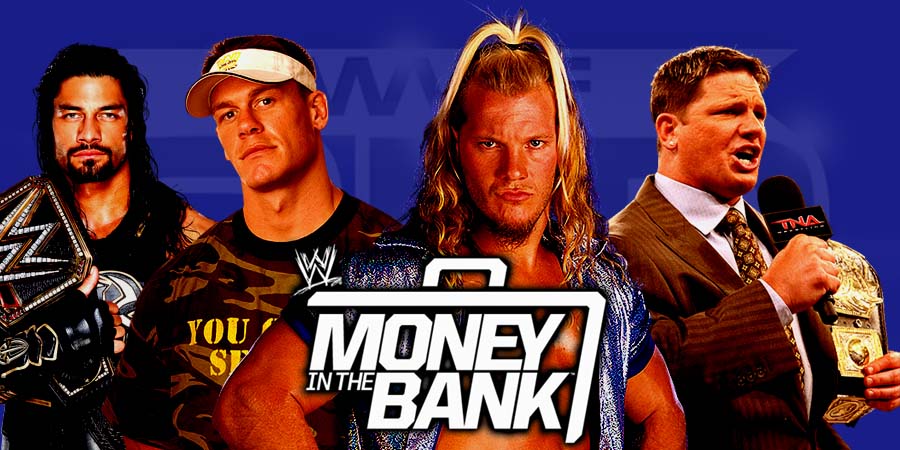 The New Day have been WWE Tag Team Champions for 301 days as of tonight and they are approaching the record for the longest reigning Tag Team Title reign in WWE: 334 days (Paul London & Brian Kendrick).

After great action during the final moments of the match, Kofi Kingston pins Aiden English and The New Day retain their Tag Team Titles and get closer to becoming the longest reigning Tag Team Champions in history.

"The only 'perro' I see is the PAIR O' IDIOTS standing right here next to me." – @IAmJericho #MITB pic.twitter.com/rg7sDRkmf8

Up next is “The Lone Wolf” Baron Corbin vs. “The Showoff” Dolph Ziggler. Corbin pins Ziggler after hitting The End of Days.

END OF DAYS!! @BaronCorbinWWE picks up a big victory over @HEELZiggler in Vegas at @WWE #MITB! pic.twitter.com/QVkQBl80Zc

Hopefully their feud is over now.

Up next is the Women’s Tag Team match. “We want Sasha” chants as soon as the match starts. Natalya had the Sharpshooter locked in on Charlotte but Dana interfered. This led to Becky interfering but Dana turns it around and pushes Becky into Natalya. Charlotte takes advantage and hits Natural Selection for the win.

Natalya turns heel after the match and attacks Becky Lynch.

Go to the next page for more updates from Money in the Bank 2016.