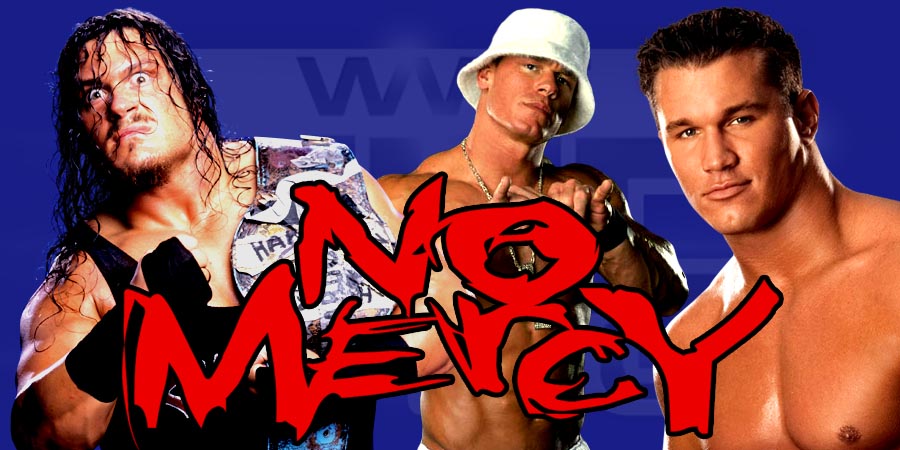 Tonight’s WWE No Mercy 2016 is the second SmackDown Live exclusive PPV of the New Era and it is taking place at the Golden 1 Center in Sacramento, California.

– Rey Mysterio def. Kane via DQ (had Mysterio lost, he would have been forced to remove his mask)

Looking at the No Mercy 2016 match card, it doesn’t look like this PPV will be anywhere near the level of No Mercy 2008 (which featured more than 10 future WWE Hall of Famers).

Tonight’s show kicks off with Curt Hawkins coming down to the ring on the No Mercy 2016 Kickoff show and he noted that he won’t be making his in-ring return tonight. He went on to announce that the fans will see his in-ring return at this Tuesday night’s SmackDown Live.

It is then announced that Becky Lynch won’t be able to defend her SmackDown Women’s Championship due to a non-physical reason and Alexa Bliss will get her Title match at the November 8th episode of SmackDown Live.

The first match of the night is an 8 man tag team match.

The main show kicks off with the Triple Threat WWE World Championship match.

Go to the next page for more updates from WWE No Mercy 2016.