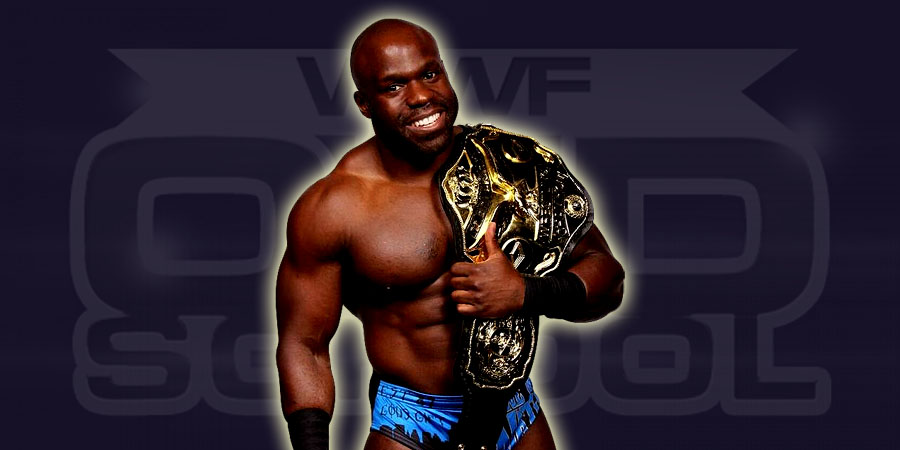 The entire NXT roster, along with trainers, refs, and employees came out on stage during tonight’s NXT tapings to pay tribute to Dusty Rhodes.

Triple H said the NXT wrestlers were like Dusty’s kids and the crowd were his kids as well. After the ten bell salute, they played the Dusty Rhodes tribute video and the NXT crew left the stage.

You can watch Triple H’s promo at NXT Tapings below:

Below are the spoilers from last night’s NXT Tapings.

This was the NXT debut of Uhaa Nation and top DGUSA & EVOLVE wrestler Johnny Gargano. Below is a photo of them during their match:

* Hideo Itami returns and cuts a promo. NXT Champion Kevin Owens interrupts. He takes credit for Hideo being injured. Owens tries to attack Hideo but Finn Balor makes the save and starts brawling with Owens. Rhyno comes out & destroys Balor.

* Finn Balor def. Rhyno. Owens tried to attack Balor after the match but Samoa Joe made the save to a big pop from the crowd.

* The Vaudevillians def. The Mechanics

* Samoa Joe & Finn Balor def. Kevin Owens and Rhyno. Balor pinned Owens to pick up the victory for his team.

* Dana Brooke & Emma challenge Sasha Banks to a tag team match and tell her to find a partner. Charlotte came out and said she’s willing to be Sasha’s partner if she gets a shot at the NXT Women’s Title.

* The Vaudevillians def. Enzo and Cass to become #1 Contenders for the NXT Tag Team Titles

* Eva Marie announces that she wrestle on NXT next week.

* Sami Zayn comes out and says he probably won’t be back in the ring by the end of the year. He promised he would return better than ever and he’s coming for NXT Champion Kevin Owens.