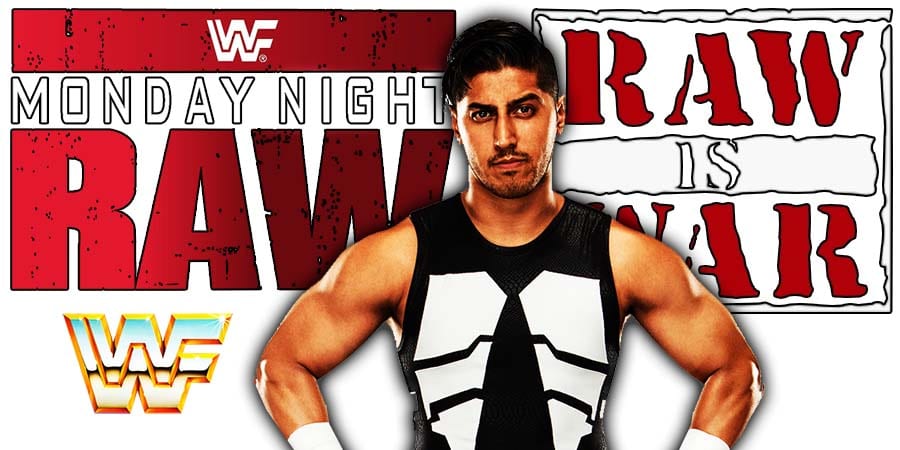 RETRIBUTION leader Mustafa Ali was invited to RAW Talk after Legends Night last Monday to share his thoughts on the show.

He ranted about legends taking the spots of the younger guys on the show, and specifically took a shot at WWE Hall Of Famer Hulk Hogan.

He was upset that talents like RETRIBUTION, Akira Tozawa and Drew Gulak didn’t get booked for the show, and instead fans had to hear “What You Gonna Do Brother for the 7th million time.”

#RETRIBUTION's @AliWWE is irate after what he witnessed on #WWERaw Legends Night.

Apparently, Ali’s promo didn’t go down well with someone in power backstage, as Ali revealed on Twitter that the person told him he may not get to cut a live promo again.

“We don’t know if we can give you a live mic again.”

“we don’t know if we can give you a live mic again.” pic.twitter.com/j6H7AFOCWS

T-BAR was trying to imply something in the replies. He wrote, “Mmmmm, let me guess who it was.”

However, T-BAR deleted the reply after fans started guessing who it was by naming WWE Chairman Vince McMahon. Some even mentioned WWE Vice President and TV Producer, Kevin Dunn.

This most likely is a work, as Ali’s promo on RAW Talk was scripted and that is what RETRIBUTION’s character is – that WWE tries to hold them back.

It was taped at the The Summit in Houston, Texas and featured matches, interviews & storyline segments on the road to the ‘WWF Royal Rumble 1995’ PPV.