According to the Wrestling Observer, WWE Officials want former NXT Champion Karrion Kross on the main roster as soon as possible.

WWE management can’t wait to fast-track Kross to either RAW or SmackDown.

The expectation right now is that Kross will be in NXT at least till WrestleMania 37, and will then be called up in the post-WrestleMania 37 season.

Kross also had an exchange with Edge on this week’s NXT. Kross told the Men’s Royal Rumble 2021 winner to think logically about wanting to challenge for the NXT Championship because he wouldn’t be challenging Balor or Dunne, but the guy who never lose the title – him. 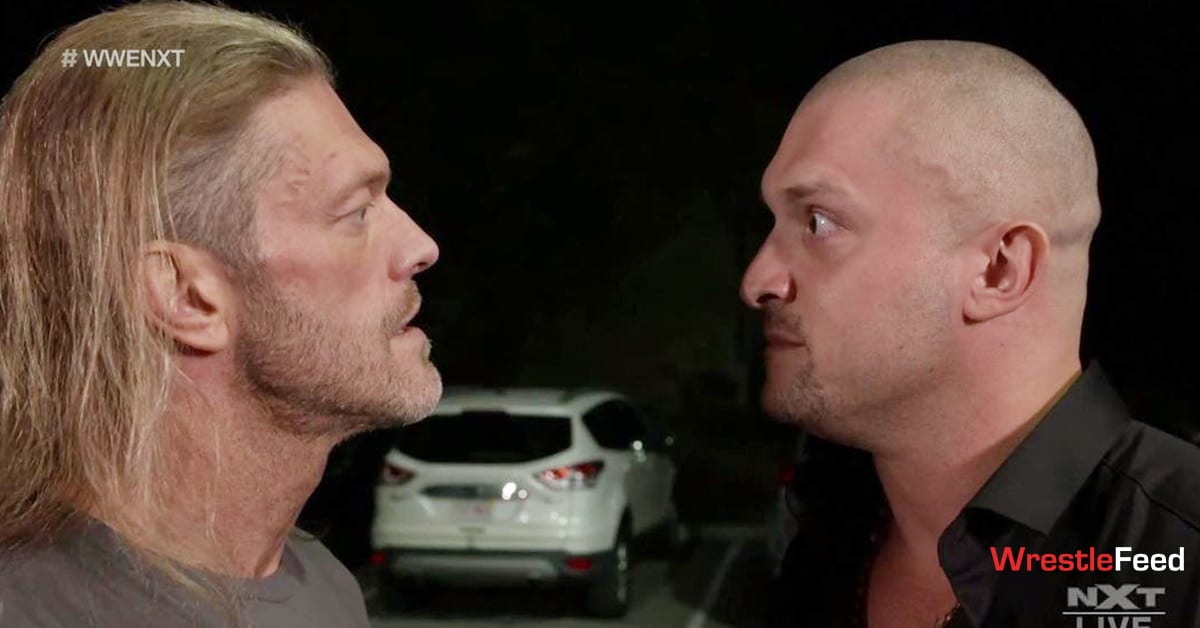 Edge told Kross to be careful because that could motivate him to come back to NXT.

Kross posted a video on Twitter and Orton ended up tweeting the following after watching the video:

Get yo ass up here and let’s fight make some $ and crack a beer. Wtf you waiting for??? Time? Fuck time. Haha I’ll set my alarm https://t.co/dC7zI2gjLf

It was taped at the Joe Louis Arena in Detroit, Michigan and featured matches, interviews & storyline segments on the road to the ‘WWF No Way Out 2000’ PPV.

4. The Hardy Boyz vs. The Headbangers