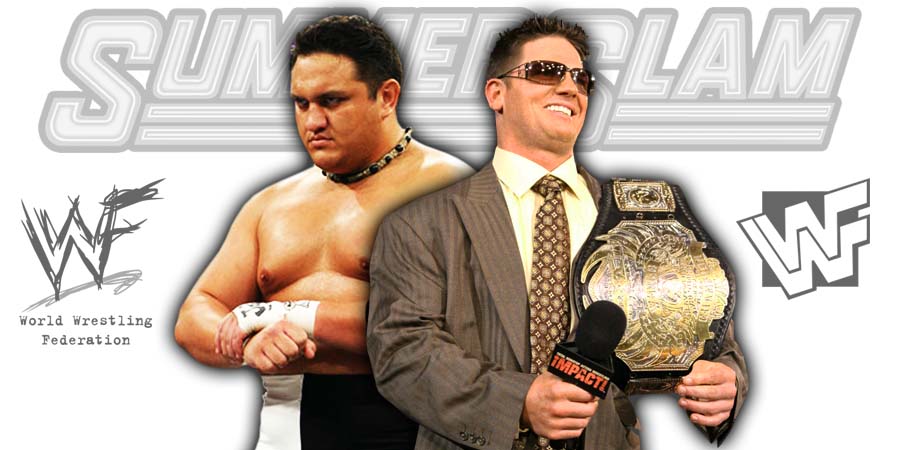 This episode was pre-taped in Portland, Maine and featured matches & storyline segments on the road to the ‘WWF SummerSlam 1991’ PPV.

– Legion of Doom vs. Scrubs

– The Barbor Shop with Sgt. Slaughter

Samoa Joe won the WWE Championship match at SummerSlam 2018 via disqualification when AJ Styles snapped and assaulted him with a steel chair. Joe’s comments about the WWE Champion’s daughter triggered Styles.

It is being reported that WWE had planned a different finish to the match at first with Joe walking out of SummerSlam 2018 as the new WWE Champion.

According to PWInsider, WWE considered the ending with Joe winning at one point, but the idea was dropped later.

Samoa Joe will once again face the Phenomenal One at Hell In A Cell 2018 PPV for the WWE Championship next month.