Randy Orton is looking to hit the RKO on Wyatt, but he gets attacked by The Singh Brothers.

Orton hits them off but now gets attacked by Jinder Mahal (who attacks Orton with the WWE Title). 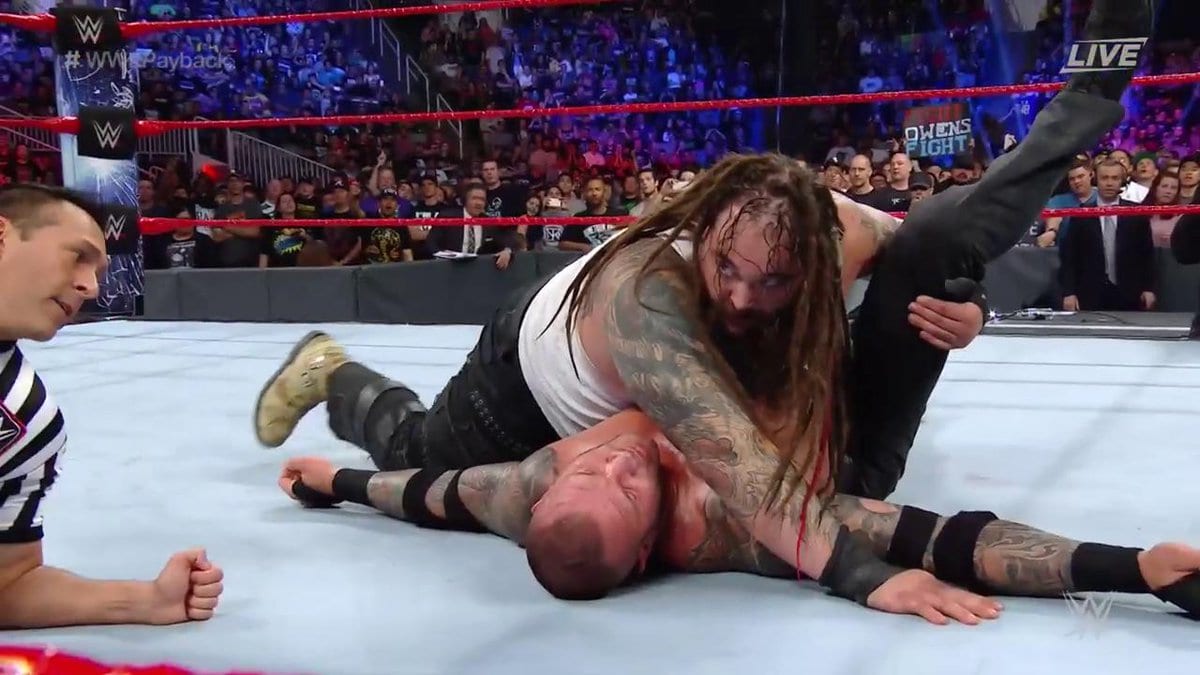