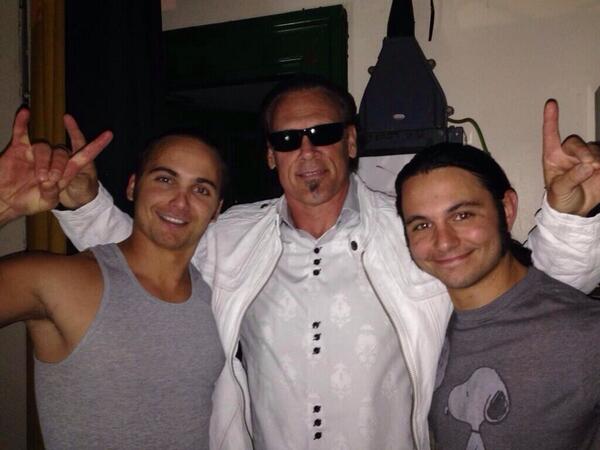 The Young Bucks with Sting

The Young Bucks back in early 2014 turned down WWE’s proposal for a tryout. Well, it seems the WWE is not over the insult yet and is still in a bitter taste. One of the moves that points straight to WWE’s resentment over the turn down by the duo is the fact that they applied to obtain a trademark for the “Too Sweet” hand gesture as used by The Young Bucks, and also the New Japan Pro Wrestling’s popular Bullet Club stable.

It doesn’t end here. WWE even went ahead to post a video titled “Fury : Superkick Party Edition” over YouTube, and it was argued that it was done in another attempt to take a mocking shot at the duo brothers. For those of you who are not aware, this term “Superkick Party” is used by The Young Bucks quite often.

But wait, why did Mark Henry say “You YOUNG BUCKS haven’t been anywhere…” while talking down Regins during his SmackDown promo last week? Apparantly, it was another deliberate attempt by the officials to take a shot at The Young Bucks.

It is interesting to note that WWE once had restrictions on the “superkick” move, since it was exclusive to Shawn Michaels. Sources confirm that WWE decided to increase the use of this move by wrestlers openly, after The Young Bucks turned them down last year.