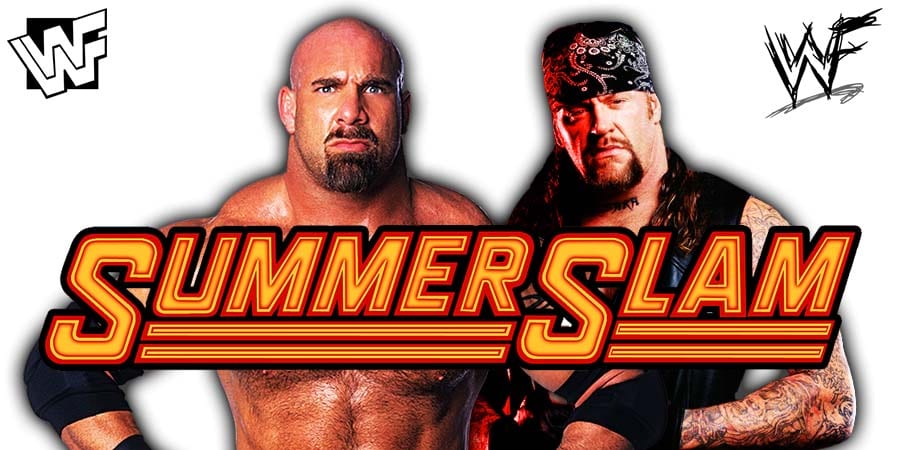 On this day in Pro Wrestling history on June 15, 1997, Ted Turner’s World Championship Wrestling aired ‘WCW The Great American Bash 1997’ LIVE on PPV from the The MARK of the Quad in Moline, Illinois.

• WWE Planned On Doing 3 Undertaker vs. Goldberg Matches In 2019

As seen at WWE Super ShowDown 2019, The Undertaker defeated Goldberg in the main event with a Chokeslam in their “First Time Ever” bout.

According to The Dirty Sheets, WWE originally planned on doing 3 matches between The Undertaker & Goldberg in 2019.

This is the reason why their match at WWE Super ShowDown 2019 was billed as a “First Time Ever” match and not “Once In A Lifetime”.

The rubber match would’ve then taken place inside Hell in a Cell at Hell In A Cell 2019 PPV.

No word yet on if these plans are still on the table after what happened at Super ShowDown.