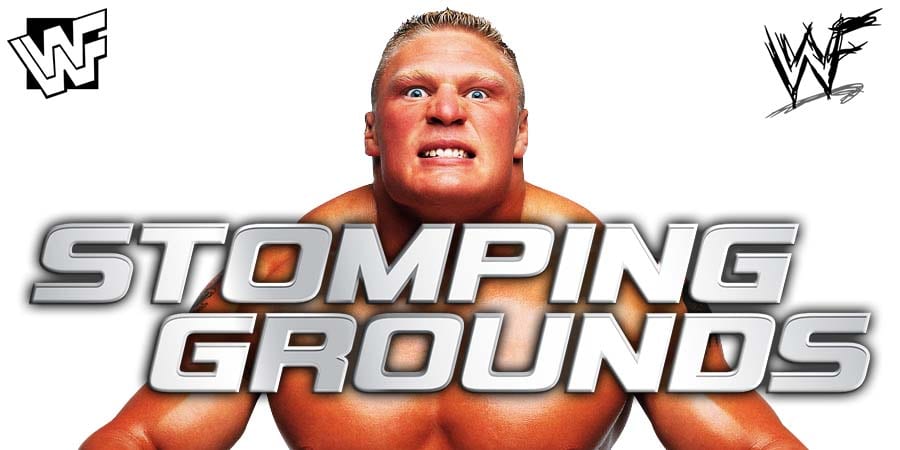 3. The Mountie vs. Stephen DeLeon

4. Jim Duggan vs. The Black Knight

5. Earthquake & The Nasty Boys vs. Tugboat & The Bushwhackers

As we noted earlier, Baron Corbin is set to reveal the Special Guest Referee for his Universal Championship match against Seth Rollins at WWE Stomping Grounds 2019 PPV on the upcoming episode of RAW.

WWE is teasing that Corbin could choose Mr. Money In The Bank Brock Lesnar to be the guest referee.

Who will don the stripes for Rollins vs. Corbin at WWE Stomping Grounds?

However, The Beastslayer might not look so triumphant when the dust settles at WWE Stomping Grounds, where he will defend his title against Baron Corbin. Throwing a wrench into the works, The Lone Wolf will choose the Special Guest Referee for his own title opportunity and will reveal his decision on Raw.

Corbin has yet to make his decision, leaving the WWE Universe and The Architect pondering exactly how he’ll tip the scales in his favor. Will Corbin choose Zayn to call the match “down the middle,” based on his work as the outside official this past Monday night, or might Corbin select Rollins’ Raw opponent Kevin Owens, who has also spoken favorably of the former Acting Raw General Manager?

Or perhaps Corbin will extend an invitation to “Mr. Money in the Bank” Brock Lesnar to purvey some up-close-and-personal paranoia at WWE Stomping Grounds?

Whatever Corbin announces, you won’t want to miss the fallout.”

Also Read: WWE To Reveal 2 Things On Next Week’s RAW