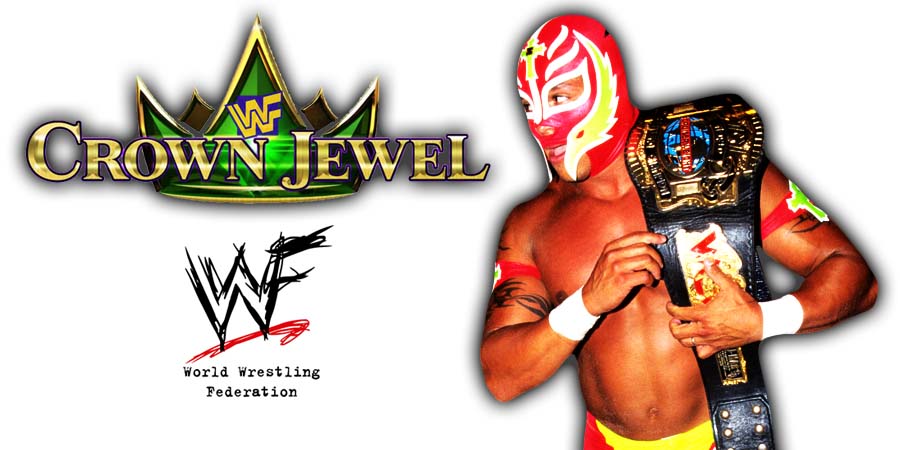 This episode was pre-taped from the Civic Center in Albany, Georgia and featured matches & storyline segments on the road to the ‘WCW Halloween Havoc 1996’ PPV.

WWE Crown Jewel PPV is set to take place on November 2 in Saudi Arabia. Only one match has been announced for this PPV so far and it’s a Triple Threat match for the Universal Championship, where “The Big Dog” Roman Reigns will defend against “The Beast Incarnate” Brock Lesnar and “The Monster Among Men” Braun Strowman.

WWE also announced that a ‘World Cup’ will take place to crown the ‘Best In The World’ at this PPV. No other details are available regarding this as of now.

According to Ringside news, former WWE Champion Rey Mysterio (who has signed a contract with WWE) is set to compete at WWE Crown Jewel PPV and word going on is that his opponent will be SmackDown Live’s United States Champion Shinsuke Nakamura (and the match will most probably be for the US Title).

Mysterio also competed at the Greatest Royal Rumble show in Saudi Arabia earlier this year and competed in the 50 Man Royal Rumble match. You can watch his elimination from the match below:

With that being said, below is the updated RUMORED match-card for WWE Crown Jewel PPV:

– WWE Championship Match: AJ Styles vs. Samoa Joe vs. The Miz vs. Daniel Bryan (no word yet on who will enter this match as the WWE Champion)

– WWE World Cup to crown the ‘Best In The World’