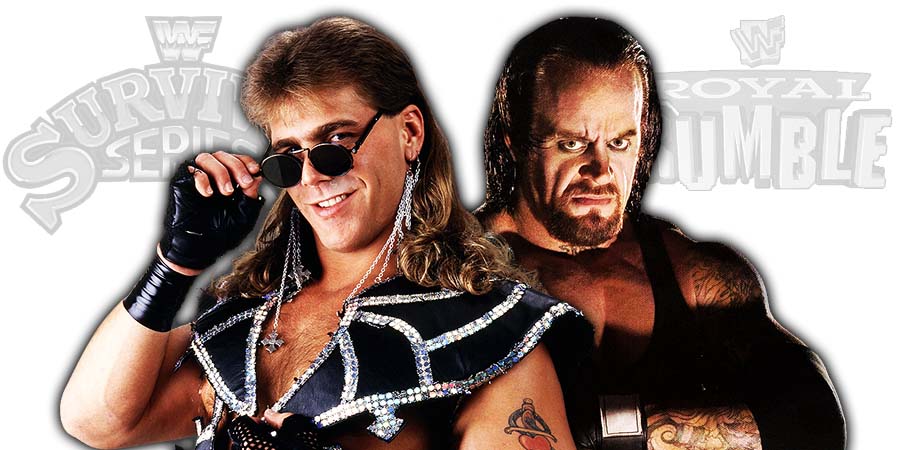 As we noted before, WWE Hall of Famer Shawn Michaels is set to come out of retirement and compete in a tag team match at WWE Crown Jewel PPV, where he will team up with Triple H (D-Generation X) to face the team of The Undertaker & Kane (Brothers Of Destruction).

However, that’s not the only match HBK is returning for.

According to WrestleVotes, WWE is planning a huge singles match between Shawn Michaels & The Undertaker at either Survivor Series 2018 or Royal Rumble 2019 PPV.

Hearing that Shawn Michaels will indeed wrestle more than just the upcoming Saudi Tag bout. A one on one match vs. The Undertaker is planned. While some want it at Chase Field for the Rumble, I’m told the discussion is centered around Survivor Series in LA.

Looks like Old School Wrestling fans are going to have a fun time in the coming months!