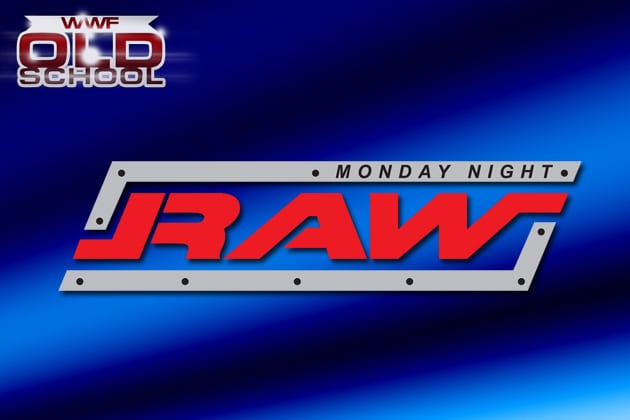 Cena comes out to open Raw and talks about facing Rusev and says he’ll the first person to beat Rusev. Rusev & Lana come out and Lana says Cena is delusional and he can’t beat Rusev. Cena says he’s going to kick Rusev’s a** now and they go at it. Cena gets the upper hand and taunts Rusev.

A good match and Ambrose picks up the win with Dirty Deeds.

Backstage segment with Big Show, Kane & Triple H. Big Show and Kane blame each other for what happened on SmackDown and at Royal Rumble. Triple H tells them to stop this while he takes care of Sting.

In a backstage segment, Dusty Rhodes tries to solve issues between Stardust and Goldust.

The New Day vs Gold & Stardust

Towards the end of the match, Stardust tries to save Goldust from a pinfall but in the end, Goldust gets hit with a Trouble In Paradise from Kofi and gets pinned.

After the match, Stardust helps his brother get to his feet and attacks him from behind and knocks him down with Dark Matter.

"Cody Rhodes is DEAD. And as far as I'm concerned, so is my FATHER!" – @StardustWWE #RAW #WWEApp pic.twitter.com/AXzmvoXuG9

REIGNS: The only reason @WWEDanielBryan has a CHANCE to go to @WrestleMania is because I gave it to him. #RAW pic.twitter.com/V6DonKGlMr

Roman Reigns vs Kane (With Daniel Bryan on Commentary)

After good back and forth action, Kane tries to attack Reigns outside of the ring but Reigns hits Kane with  a spear on the outside and wins via countout.

Another Cryptic promo by Bray Wyatt.

Before this match, The Bellas stole Paige’s wrestling gear and she comes out in a Rosebud outfit.  Paige wins with a PTO.

The match starts with a heated conversation between the two, where Ziggler insults Rollins. In the final phase of the match, Jamie Noble intervenes the pins, leading to Rollin’s disqualification.

We want Sting chants from the crowd.

Triple H says the unthinkable will happen at Fastlane. The WCW will stand head to head with WWE. Nature Boy Ric Flair returns!

Ric Flair talks about Triple H inducting him into the Hall of Fame in that region.

Triple H says he doesn’t need a history lesson from Flair, and that he remembers Flair’s clash with Sting at Clash of Champions.

He further says, Sting was and is WCW, whose legacy was built on Flair’s reputation, which pisses him off.

Triple H insults Flair and says when it comes to kicking Sting’s ass, he is not Flair.

Triple H shoves down Ric Flair to the mat. Triple H promises that he will end Sting at Fastlane.

Match starts off with the Ascension beating their opponents down.

Titus comes to the save and clears the ring, and the Prime Time Players are back together!

Titus whips Viktor across the ring and kicks Konnor in the face, then Darren whips him out of the ring.

All through the match, The Miz keeps interrupting Mizdow which ultimately costs his personal assistant the match after Bad News Barrett connects with his finisher!

Dean Ambrose handcuffs Bad News Barrett to the ring and forces his signatures on the contract for the IC Title Match at Fast Lane!

The Usos vs Tyson Kidd and Cesaro at Fastlane!

Daniel Bryan vs The Big Show (Reigns on the commentary)

The Big Show gives a fatal blow to Bryan right in the beginning of the match, bringing a smile on Roman Reigns’s face.

Bryan’s got The Big Show down on his knees, while Reigns’s is busy taking selfies with fans.

The Big Show has Bryan down yet again, and gives him a Bear Hug! Bryan uses his position & strength to his advantgae, and rolls The Big Show down the ring!

Bryan locks down The Big Show when he tries to Choke Slam him. But Big Show doesn’t submit.

The match ends in a disqualification as Roman Reigns runs in to deliver a superman punch to The Big Show.

Winner via Disqualification: The Big Show

Reigns and Bryan fight each other, and the fight continues until the referees intervene. But in no vain. Bryan throws Reigns down the ring, and then Reigns takes his turn to beat Bryan, and it ends with Reigns saying “We’ll do it Sunday”

Will we see Roman Reigns turn heel at Fastlane?