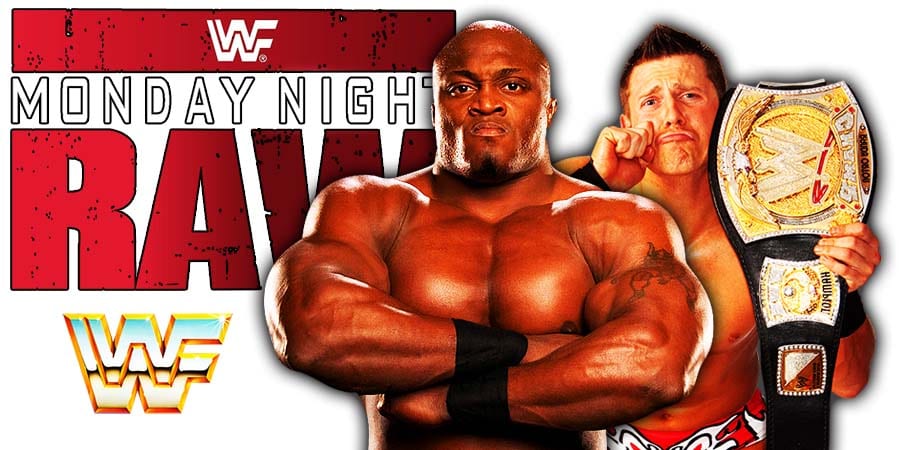 – Drew McIntyre kicked off tonight’s RAW. Drew said he didn’t walk into The Thunderdome with the WWE Championship, but freaking Miz did. Drew said his mission is to regain the WWE Title from whoever walks out with it tonight.

– At 9 PM EST, Bobby Lashley came out in the ring for his match, but The Miz was acting sick backstage in front of Adam Pearce. This led to Lashley running to the back and getting his hands of Miz. Pearce said no matter what, Miz will have to defend the WWE Championship tonight. The match will now take place at 10 PM EST.

– Braun Strowman found out he has a Mystery Partner to face the Hurt Business. Shane McMahon revealed it will be Adam Pearce. Braun is upset with it being Pearce. Shane said he will sweeten the deal and make it for the RAW Tag Team Titles.

– Shelton Benjamin & Cedric Alexander (c) def. Adam Pearce & Braun Strowman to retain the RAW Tag Team Championship (Strowman had the match won for his team, but Shane O’Mac told Strowman to tag in Pearce to cover Benjamin for the win. Strowman did that, Pearce went for the cover, but Benjamin rolled up Pearce and pinned him. Strowman got angry at Shane after the match)

– Elias wants to form a partnership with 24/7 Champion Bad Bunny and team up to release a music video together, but Bad Bunny turned down the offer.

– Randy Orton told Alexa Bliss to stay out of his way. Alexa used a Jack in the Box to summon a Randy clone. Clone Randy told Real Randy that he will soon come face to face with everything he has ever done

– WWE Champion The Miz finally came out for his match with Bobby Lashley at 10 PM EST. Before the match could begin, Miz proposed to MVP that they should do this match in the main event of WrestleMania 37, as that’s what Lashley deserves, but MVP didn’t agree.

As soon as the match began, Miz left the ring, took his WWE Title and ran to the back. The referee counted him out.

– Bobby Lashley def. The Miz (c) via count-out (The Miz is still the WWE Champion)

– Lashley & MVP complained to Shane McMahon about this. Shane said he’ll strip Miz of the WWE Title and award it to Lashley if he doesn’t have a proper title match against Lashley tonight.

– Bobby Lashley def. The Miz (c) to win the WWE Championship (Miz tried to attack Lashley with the WWE Title as soon as the match began, but Lashley caught him and prevented a DQ from happening. Lashley finished Miz with he Hurt Lock) 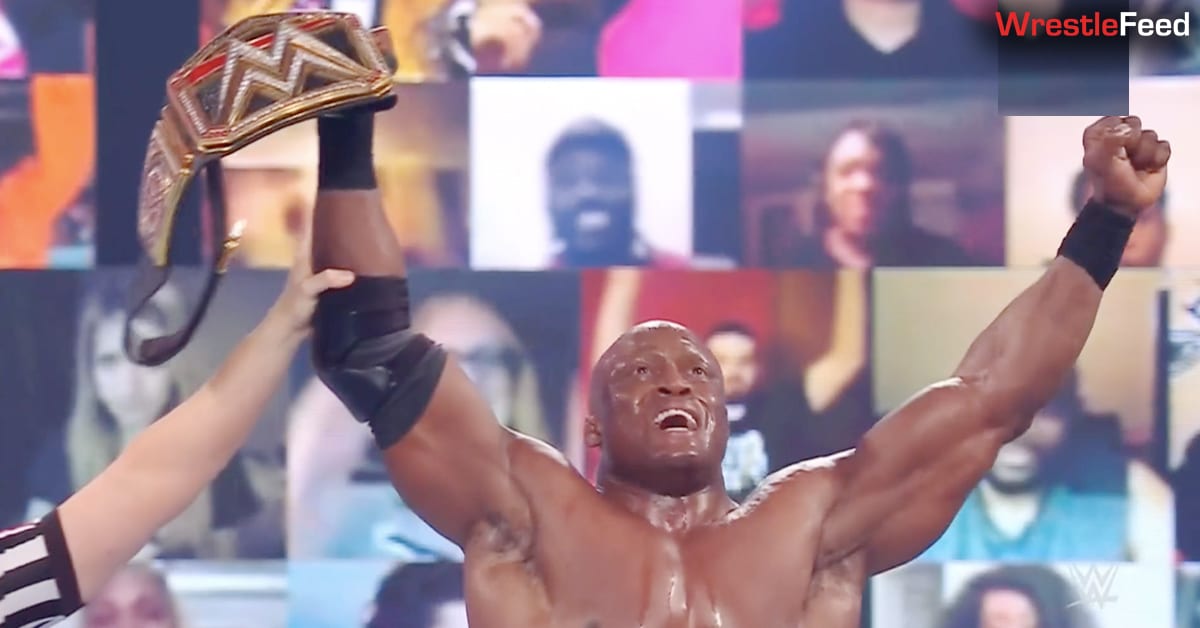