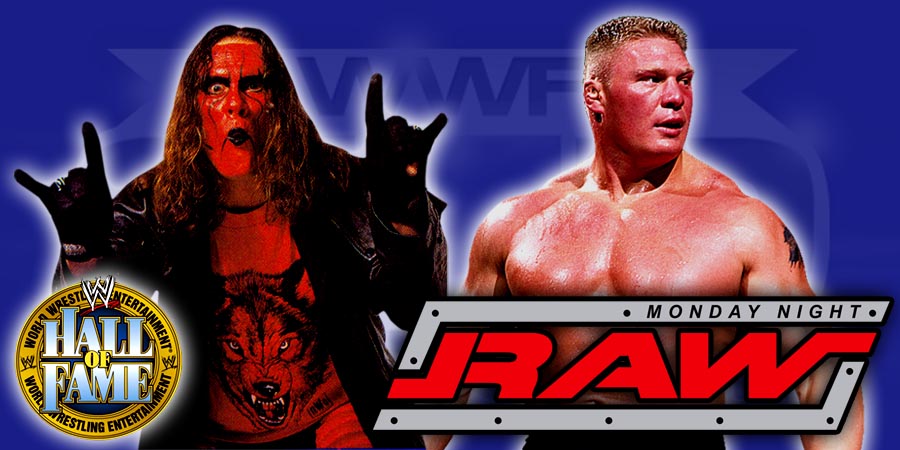 Below is what Sting tweeted regarding the Hall of Fame induction:

Well it’s official – I have accepted the invitation to be inducted into the WWE HOF! HONORED!!!!

Word is that Ric Flair will be inducting Sting into the WWE Hall of Fame.

Tonight’s WWE Raw starts with the WWE roster standing on the stage and out comes Vince & Stephanie. Vince talks about how anyone on that stage could be the new WWE World Heavyweight Champion at Royal Rumble 2016. Vince says it could even be “The Beast Incarnate” Brock Lesnar. Reigns comes out to a huge pop! Stephanie tells Reigns will have a long night tonight. Vince says Dean Ambrose will be involved in the first match tonight and suddenly Sheamus attacks Ambrose. Sheamus will take on Dean Ambrose in the very first match.

The match ends in a Double Count-Out. Kevin Owens attacks Dean Ambrose after the match. Still to come on Raw:

– Mr. McMahon’s Version of “One Versus All” For WWE World Heavyweight Champion Roman Reigns

– Chris Jericho sets up New Day vs. The Usos on The Highlight Reel.