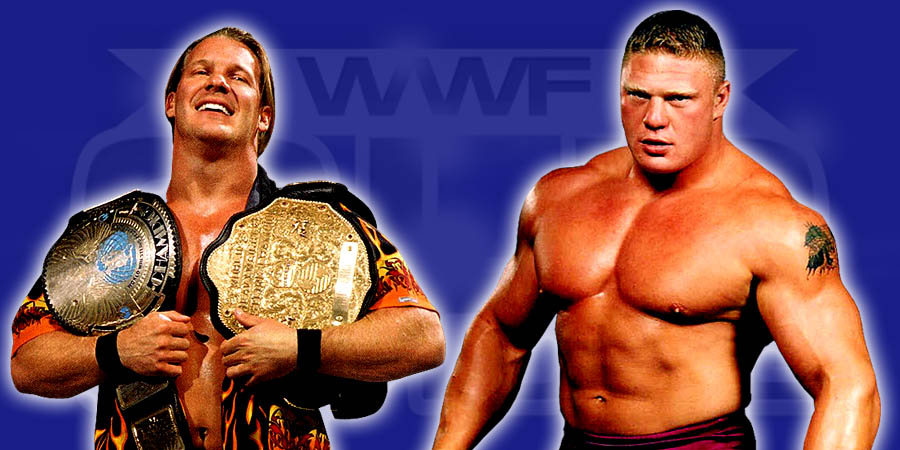 10. Jeff Hardy Returns To In-Ring Action
Former TNA & WWE Champion Jeff Hardy returned to in-ring action at last night’s TNA TV tapings. Hardy defeated a masked wrestler named Shynron. It was reported earlier that Hardy would be out for another 6 months. It’s still unknown how Hardy recovered that fast. More things will be clear when we see him wrestling on TNA TV.

Brock Lesnar & Chris Jericho are now being advertised for the Fastlane 2016 PPV. Below is the advertisement:

WWE FASTLANE COMES TO CLEVELAND, for the 1st TIME!!

WITNESS THE FINAL WWE PAY PER VIEW BEFORE WRESTLEMANIA 32

THE Q ARENA WILL NEVER BE THE SAME!

It should be noted that John Cena won’t be competing at the event as he suffered a shoulder injury, that will make him miss WrestleMania 32 as well.

WWE Hall of Famer Jim Ross reviewed WWE Raw on his website and talked about Chris Jericho returning to WWE programming. Below is what JR said about Jericho’s promo:

I don’t think that Chris Jericho wrote is own promo. Nonetheless it was good to see Chris back for his seemingly, annual Rumble to Wrestlemania run. Jericho can help get young talents over.

JR noted that he was impressed with Owens & Neville and how talents have to make sacrifices in order to put the other talent over:

Enjoyed Kevin Owens vs.Neville. Fans have to remember that some talents must sacrifice to put others over for the good of the big picture. Great workers know how to lose to accomplish the big picture goals. Thought Ambrose had a good night on commentary as he did well highlighting KO.

JR then gave his views on the new stipulation to the Royal Rumble match:

Reigns vs. Sheamus was a solid match and Mr. McMahon as the referee was intriguing but alas it came at the end of the three hour marathon so that affected the proceeding somewhat. Nonetheless, McMahon providing Reigns the ‘rub’ is a good thing and now Reigns is booked in the most challenging of circumstances at the Rumble whereas he apparently must win the Rumble to retain WWE World Title. Indeed the hero is in deep jeopardy.