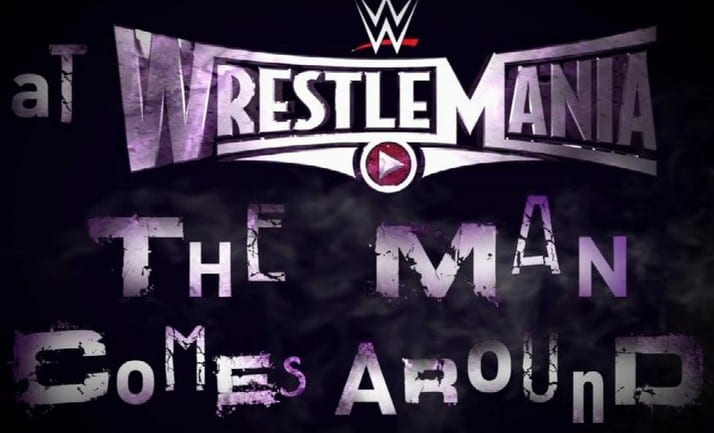 *Tonight’s WWE Raw opened up with a promo from Seth Rollins. Rollins accepts Randy Orton’s challenge and says he’ll face Orton at WrestleMania 31 if he’s ready to face him tonight on WWE Raw.

Orton accepts the challenge and says if he makes it to WrestleMania, he’s going to destroy the future of the WWE.

It looks like a stipulation might be added to this match at WrestleMania, something like a No Holds Barred match given the heat between these two superstars. It also makes sense since these two have faced each other in a normal wrestling match back in November last year, and are again going to do it tonight.

"I'm not the Face of @WWE. I'm just a guy that last week made you look like a little b**ch!" – @RandyOrton #RAW pic.twitter.com/QXClY3MWMh

* Nikki Bella def. AJ Lee, Brie attacked Paige and Nikki took advantage of this distraction and hit AJ with a forearm for the win. As noted before, The Bella Twins will take of AJ Lee & Paige at WrestleMania 31.

* Ryback def. The Miz, Miz hits Sandow with a Skull Crushing Finale after the match. Although both Miz & Mizdow are in the Andre the Giant Memorial Battle Royal, it still looks like WWE somehow pull out a match between the two at the grandest stage of them all.

"You can only push the USA so far before we come back and kick your ass!" – @JohnCena #RAW @RusevBUL @LanaWWE pic.twitter.com/FKiodW1Gio

We want Lana chants from the fans. Rusev comes with his attorney. and he says that Rusev didn’t grant him a match last week. Rusev takes shots at USA and John Cena looks pis*ed. The crowd is chanting USA. The contract is official and Rusev escapes the ring.

* WWE billing Sting vs. Triple H as “The war between the Vigilante & the King”.

* In a backstage promo, Jamie Noble was arguing with Seth Rollins and Rollins slaps Noble and Noble and Mercury both quit. Since neither Kane nor Big Show will be in Rollins’ corner tonight, he looks in trouble.

* In a pre-recorded interview, Brock Lesnar says there’s one thing on his contract, if he stays with WWE he remains WWE Champion, and if he leaves he still remains WWE Champion. He ends up by saying he’s going to f*ck up Roman Reigns at WrestleMania 31.

* Big Show comes out for a scheduled match with Eric Rowan but Show attacks him before the match starts and hits him with an elbow off the second rope followed by a KO punch.

* A brawl breaks out between Andre the Giant Memorial Battle Royal participants. Curtis Axel and Mark Henry remain in the ring but Henry throws him out and remains the last man standing.

* Paul Heyman cuts a great promo like usual. Roman Reigns interrupts with a new T-shirt that reads “I Can, I Will”. Reigns points how everyone thinks he can’t get the job done and points out at the fans who are chanting for Daniel Bryan at the moment. It looks like WWE is going for a Roman Reigns heel turn at WrestleMania 31. Reigns says he’s going to kick Lesnar’s a** at WrestleMania. A good promo from Reigns.

* In a backstage promo with Renee Young, Paul Heyman says Lesnar & Reigns will be in the same ring next week on Raw.

* Dean Ambrose, Daniel Bryan & Dolph Ziggler def. Bad News Barrett, Luke Harper & Stardust. Ambrose hit Barrett with Dirty Deeds to pick up the win. Stardust tries to escape with the title but Ambrose stops him. Now Ziggler & Bryan are fighting for the title and Barrett enters the ring and delivers 3 Bullhammer elbows and lays out everyone! Barrett exits the ring with the IC title and lays out R-Truth as well.

*In a backstage promo, Rollins gets in Triple H’s face and Stephanie tells Rollins to man up if he can and deal his problems on his own.

"How about you run along … before your situation goes from BAD to WORSE!" – @TripleH to @WWERollins #RAW pic.twitter.com/NSfHoXkjZ2