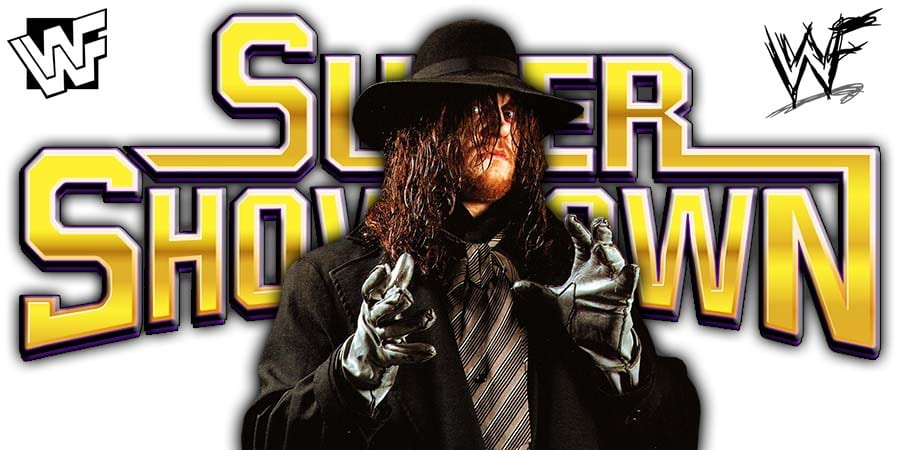 The Undertaker sighted in Saudi Arabia before WWE Super ShowDown

What is The #Undertaker doing in Saudi Arabia ahead of #WWESSD?!

His apparent presence obviously lends itself to more questions than answers. Undertaker’s in-ring appearances are an increasing rarity, and he is not yet advertised for a match at tomorrow’s show.

And yet, it would make a certain sense for him to appear, as The Phenom already has plenty of history in the Kingdom and, perhaps, some unfinished business as well.

Not only did Undertaker compete at a pair of 2018 events in Saudi Arabia — defeating Rusev in a Casket Match and falling to the reunited DX alongside Kane — he memorably battled Goldberg at last year’s WWE Super ShowDown event.

Goldberg, of course, is scheduled to face “The Fiend” Bray Wyatt for the Universal Championship tomorrow. Depending on how things shake out, we could be headed from one rivalry straight to the other.

It could be equally likely that The Deadman won’t be competing and will instead simply add his presence to the festivities. Tomorrow will bring the answers. Until then, we wait.”

WATCH: The Undertaker Arrives In Saudi Arabia For WWE Super ShowDown 2020, Spotted Next To AJ Styles (His WrestleMania 36 Opponent):