This episode was pre-taped at the Mid-South Coliseum in Memphis, Tennessee and featured matches & storyline segments on the road to the ‘WCW Starrcade 1998’ PPV.

2. The Giant vs. The Renegade

While Dean Ambrose (now known as Jon Moxley in AEW) and Enzo Amore (now known as nZo) are no longer with WWE, WWE is still using their name to make money from merchandise.

You can check out a Facebook ad for Ambrose & Amore’s WWE merchandise below: 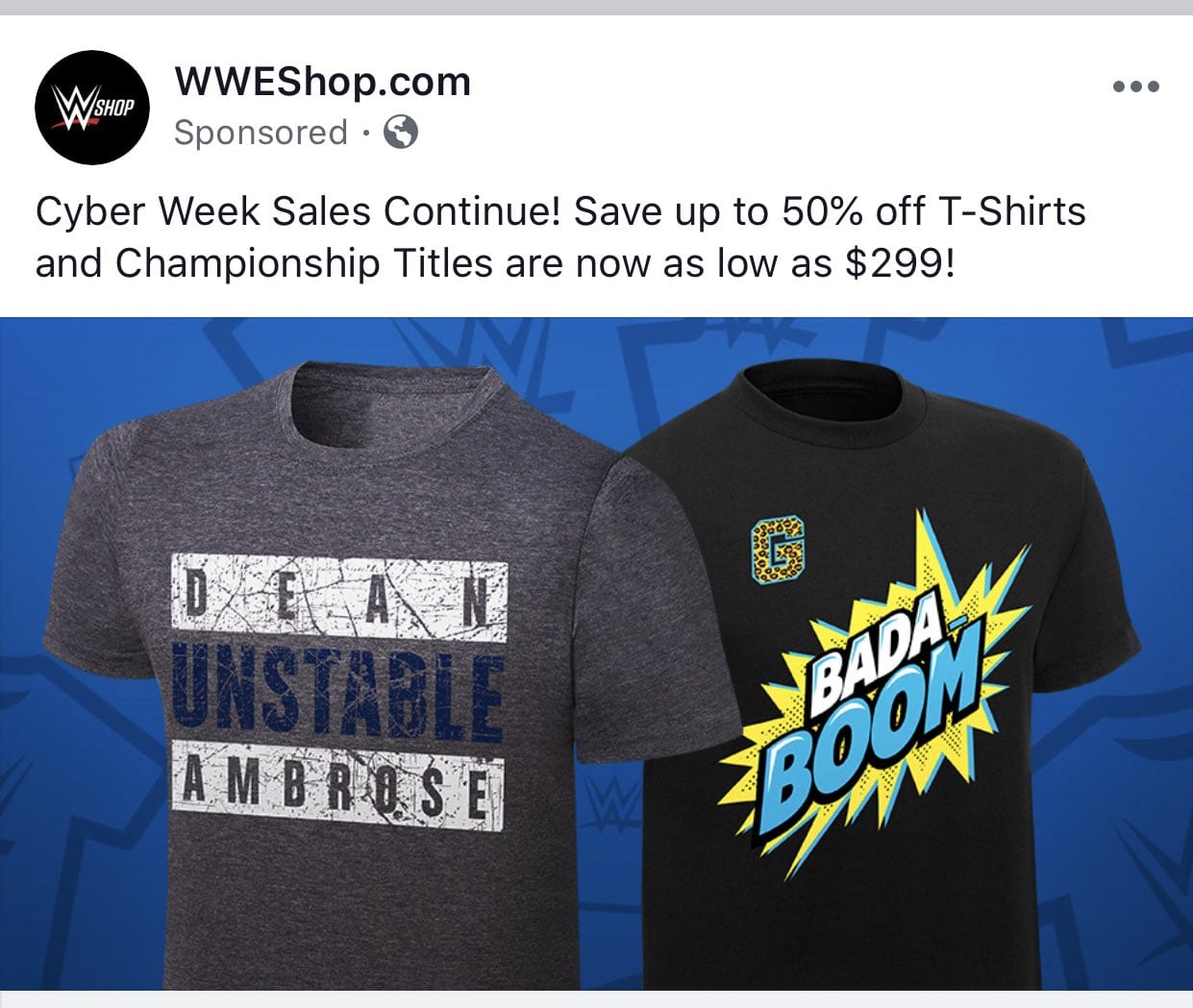 This means that Ambrose and Enzo most probably still get royalty checks from WWE.