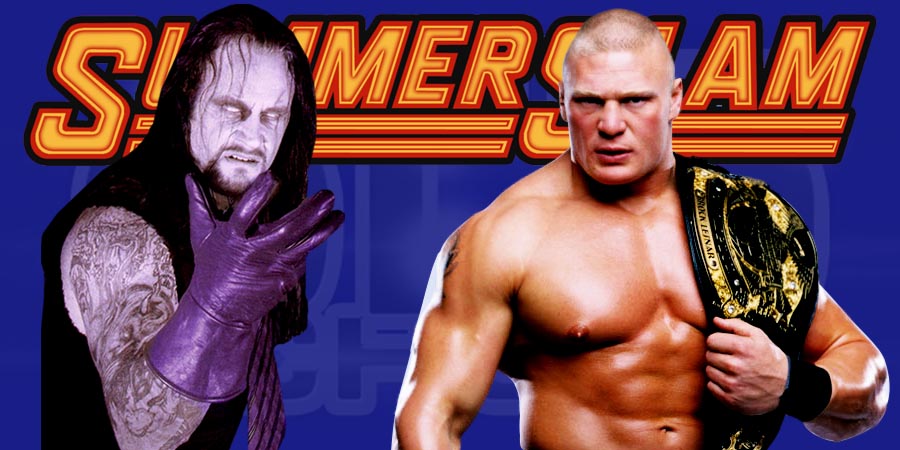 Last night’s WWE SummerSlam 2015 was an incredible PPV event, at least to me, and it’s safe to say that all Undertaker fans liked the PPV.

Let’s take a look at 5 major points that we need to note from WWE SummerSlam 2015:

5. What’s next for Brock Lesnar?
According to record books, Brock Lesnar was conquered by The Undertaker at last night’s WWE SummerSlam 2015. Lesnar was not happy with what happened on Raw this past week (Undertaker laid him down in his hometown) and wanted to seek revenge during the SummerSlam main event. This was evident from the fact that Lesnar attacked Undertaker as soon as he entered the ring & didn’t even wait for the bell to ring.

Lesnar delivered 4 suplexes & 3 F5s to Undertaker, but that was not enough to put down the Deadman. Lesnar locked in the Kimura while being on the middle rope but that didn’t help as Taker countered and delivered a Last Ride Powerbomb. Lesnar applied the Kimura again and this time it was effective as Taker tapped out. Yes, Undertaker did tap out but the referee didn’t see it & the match continued. Taker delivered a low-blow to Lesnar while the referee was away & locked in the Hells Gate submission hold.

After this, Lesnar couldn’t do anything but show a middle finger & pass out. The official decision of the match was announced that Lesnar lost as a result of submission. Lesnar & Heyman were pi$$ed after the match was over & Heyman took the mic and announced Lesnar as the real winner.

But the question is, what awaits Brock Lesnar on Raw? Will he go after Taker? Or does someone else awaits the Beast Incarnate (may be the Masked Kane, if he returns)? We’ll know more on tonight’s Raw.