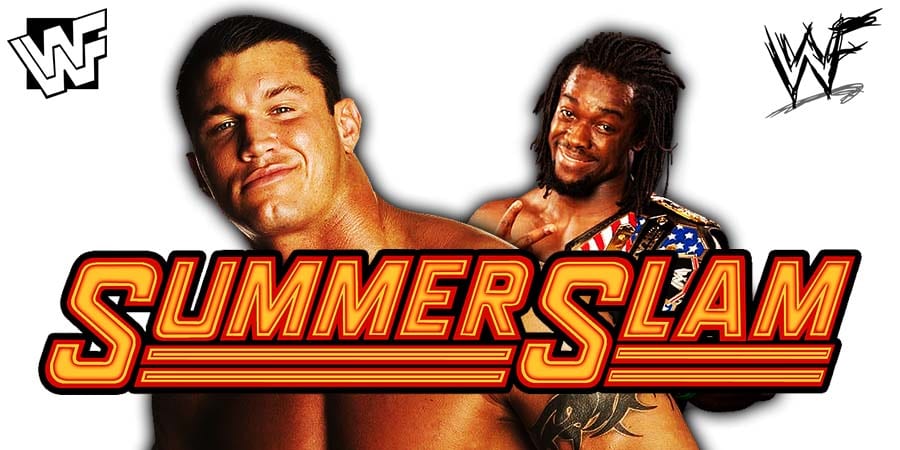 Up next is the WWE Championship match!

After back & forth action, Kofi finally goes for the Trouble In Paradise, but Orton counters and hits a Back Breaker. Orton goes for the cover, but Kofi kicks out.

Orton has a little cut above his eye and goes on to mock Kofi with Kofi’s New Day style claps.

Kofi jumps on Orton from the top rope on the outside! Kofi now hits the Crossbody on Orton in the ring and goes for the cover, but Orton kicks out.

Orton hits his vintage DDT on Kofi. Orton goes for the RKO, but Kofi counters and tries to pin him, but Orton kicks out.

Kofi goes for a Crossbody from the top rope, but Orton counters and hits an RKO! The crowd pops big time, but Orton doesn’t go for the cover as he’s tired. Orton finally tries to cover Kofi, but Kofi rolls out of the ring.

Orton is now staring at Kofi’s kids and Kofi starts punching Orton. Referee immediately calls for the bell and the match is over.

Kofi attacks Orton with a Kendo Stick. Kofi ends the attack with a Trouble In Paradise.

The Fans aren’t pleased with this finish.