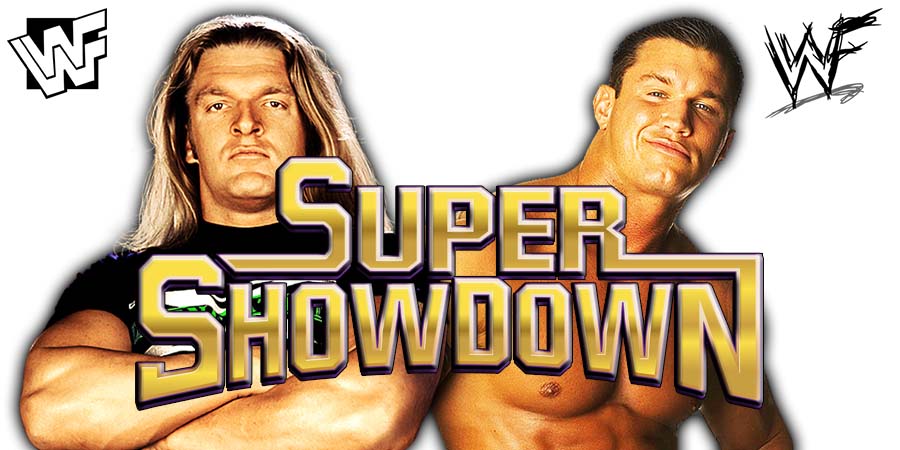 Up next is a 3 on 1 handicap match. The Lucha House Party makes their way out first. Lars Sullivan is out next.

This is Sullivan’s first match on the WWE main roster. After back & forth action, the match ends via DQ when Gran Metalik & Lince Dorado refused to leave the ring.

Lars Sullivan def. Lucha House Party via DQ in a 1 on 3 Handicap match

Up next is Triple H vs. Randy Orton. This is their first match against each other after almost a decade.

Orton makes his way out first, followed by “The Game”. Triple H came out on a motorcycle.

After back & forth action, Triple H tells Orton to “Suck It” and Orton nails a scoop slam on HHH!

Orton hits his vintage DDT on HHH from the middle rope. Orton goes for an RKO now, but HHH counters and hits a Spine Buster! HHH goes for the cover on Orton twice, but is unsuccessful both times.

HHH locks in the Crossface on Orton now, but Orton manages to get out of it.

Triple H goes for the Pedigree, but Orton counters and hits the RKO! Orton takes a while to go for the cover and HHH kicks out.

Orton is looking to hit the Punt Kick on HHH, but HHH catches Orton’s leg and hits the Pedigree! HHH goes for the cover, but Orton kicks out. Fans are chanting “This Is Awesome!”.

The action returns to the ring and HHH is running towards Orton and Orton hits the RKO!

Orton goes for the cover and pins The Game!