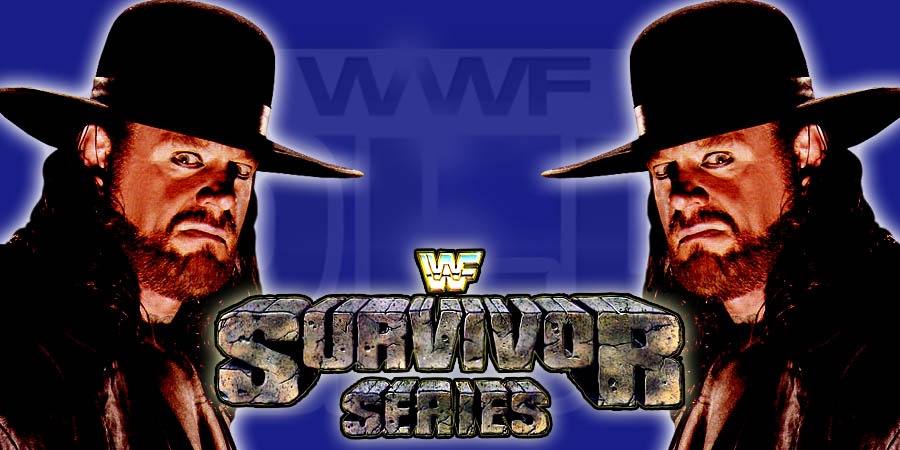 It’s the second longest running pay per view in WWE history, but did it live up to expectations? That was what I was hoping to find out by watching this year’s Survivor Series, shown live in the early hours of this Monday morning on Sky Box Office here in Britain.

The show kicked off with the semi-finals of the WWE World title tournament, beginning with Roman Reigns taking on Zeb Colter guy and United States Champion Alberto Del Rio.

This was a great way to open the show. These two looked in top form throughout as they put together a very enjoyable back and forth encounter filled with twists and turns. Del Rio in particular was quite impressive, while Reigns was his usual intense self.

Both guys came close to getting the win on numerous occasions, and they also did well to avoid each other’s signature moves later on. Eventually something had to give though, and it came as no surprise when ADR finally locked him his cross armbar. Reigns managed to escape first time around by powerbombing his way out, and second time round he lifted Del Rio again and draped him over the top rope, which gave the Mexican the chance to apply the hold for a further five seconds.

The end came a few seconds later. After releasing the hold and dropping down to ringside Del Rio quickly went to the top rope. But when Reigns avoided his blow he turned round and finally took his man down with the spear to advance to the final.

When I saw this match announced I had a feeling that it would be a bit of a barn stormer, and that feeling turned out to be spot on, and then some, because this was just as good as the opener.

Like Reigns and Del Rio before them these two put on a great match. It was one of those encounters that made perfect sense throughout. Owens proved yet again that he truly belongs in WWE, while Ambrose’s unique style of lunacy was the perfect foil for the I-C Champ.

The ending sequence was the best part of the match, with Ambrose avoiding a couple of pop-up powerbomb attempts, countering the second with a hurricanrana, before taking his man down with his dirty deeds DDT for the winning pin. Nice work all round.

The traditional Survivor Series match followed as Ryback, the Lucha Dragons and the Usos took on Tag Tea, Champions the New Day, King Barrett and Sheamus.

This was pretty entertaining in it’s own way. You had some interesting dynamics early on when Sheamus tried to join in with the New Day’s usual pre-match chatter, and when the match eventually began the action was top notch, although Ryback joining in with the obligatory everyone flying over the top rope move looked more like a chicken being fired out a cannon.

It was actually quite a while before the eliminations began, and the tide of the match turned completely after Big E was eliminated and his buddies Kofi Kingston and Xavier Woods helped him to the back, leaving Sheamus alone against Ryback, Kalisto and Jey Uso. Despite the odds the big Irishman put up a good fight, but the numbers were eventually too much for him as all three of his opponents combined to take him down, with Ryback sealing the deal with the shellshock for the match-winning pin.

The first title match of the evening saw Paige challenging Charlotte for the Divas title. Well, I’m damned if I review this one, and I’m damned if I’m don’t, so moving on…..

Then it was time for the new boy to make his pay per view debut as Summer Rae guy Tyler Breeze went up against Dolph Ziggler.

Fast-paced action was very much the order of the day in this short and sweet encounter. I’d seen Breeze a couple of times in NXT, and I have to say that WWE’s newest mirror lover impressed the hell out of me. In fact, it was like watching a slightly younger version of Ziggler.

Which is probably why these two matched-up together so well. They may have only been given a shade under seven minutes but they managed to pack a lot into that time, and in the end it was the new boy who came out on top when Breeze took Ziggler out with Christian’s old unprettier move for the winning pin.

Then came the match I was really looking forward to as Bray Wyatt and Luke Harper faced Kane and the Undertaker.

You know, I was just 19 years old when I first saw the Undertaker back in 1990. The guy impressed the hell out of me then, and when he beat Hulk Hogan for the WWF title the following year I marked out big time. But I never thought that I’d be marking out again, at the age of 44, as the Dead Man celebrated 25 years with the company.

The match itself was pretty eventful. Erick Rowan rushed into the ring before Wyatt had decided on his team, and he ended up getting chokeslammed for his troubles. This made Wyatt’s choice a little easier as he left big Braun Strowman out at ringside as he joined Harper in battle.

The Dead Man turned back the clock early on with some classic moves before the Demon took the punching bag treatment for his team, and when he got the hot tag to his brother to signal the start of the big brawl things began to get really interesting. Strowman’s attempt at interference resulted in the Brothers chokeslamming him through the Spanish guy’s table before the Wyatts nearly stole one when Wyatt took Taker down with Sister Abigail, only for Kane to break up the Harper’s pin.

They eventually moved on to the creepy face off, with the Brothers rising from the proverbial grave as Wyatt did that crazy crab walk of his, which led to the Undertaker taking Harper out with a tombstone for the winning pin.

The main event was the final of the WWE World title tournament between Roman Reigns and Dean Ambrose.

I have to admit that I was kind of expecting this to have a friendly rivalry type of vibe to it. That thinking went out of the window as soon as the match began, and I’m glad that it did, because this was an great hard-hitting affair. It may not have been the best match of the tournament but it certainly was a great way to end it.

These two tore strips off each other as soon as the bell sounded. There was no sign of their friendship as both men went all out to win the vacant gold. It made for great viewing, and even though it didn’t last that long it didn’t matter, because given the history that these two have everything made perfect sense.

They threw everything they had at each other, and neither man back down, not even when the match turned into a slugfest. Something had to give eventually though, and as Ambrose launched himself across the ring Reigns took him out with a spear for the title-winning pin.

Reigns’ night was far from over. As the confetti rained down and the new champion celebrated his win head honcho Triple H came down to the ring to congratulate him, offering him a friendly handshake. It was an offer Reigns rejected as he took him down with a spear.

It proved to be the beginning of the end for the new champion. He immediately found himself on the receiving end of a brogue kick from Sheamus before the Irishman handed over his briefcase to the referee so he could cash in his Money in the Bank contract. Sheamus went for the pin, only for Reigns to kick out. A second kick quickly followed before Sheamus pinned Reigns for the title-winning pin, much to Triple H’s delight.

In conclusion – so how did WWE fare with this year’s Survivor Series? Pretty well I’d have to say.

When I first heard about the WWE World title tournament following Seth Rollins’ unfortunate injury I began thinking about the Deadly Game tournament back in 1998, and although I would have preferred to have seen the whole show dedicated to the title tournament that matches here more than made up for that disappointment.

As the old saying goes every match delivered. I really enjoyed the three title tournament matches, while the others, topped off brilliantly by the Undertaker’s anniversary match, were put together brilliantly. Even the woefully short Ziggler/Breeze encounter gave us some great action.

As for my match of the night no-prize I’m going to do something a little different and give it to all of the WWE World title tournament matches. We got something different from each of them, especially the final, and together they gave us a very good storyline and four very good performances.

So with all of that out of the way there’s just one more thing left to do, and that’s to give this year’s Survivor Series the thumbs up.

You can read Britain’s longest running professional wrestling & mixed martial arts blog at twoshedsreview.blogspot.co.uk, follow me on Twitter @JulianRadbourne, or join my Facebook group at www.facebook.com/twoshedsreview.