As seen on this week’s episode of RAW, “The Fiend” Bray Wyatt officially entered the Universal Championship picture as he’ll face Seth Rollins for the Universal Title in a Hell in a Cell match at next month’s Hell In A Cell 2019 PPV.

With that being said, WWE is already teasing a major match – The Undertaker vs. The Fiend.

WWE posted the following graphic for The Undertaker vs. The Fiend and asked the fans who would emerge victorious if they faced off in the squared Circle: 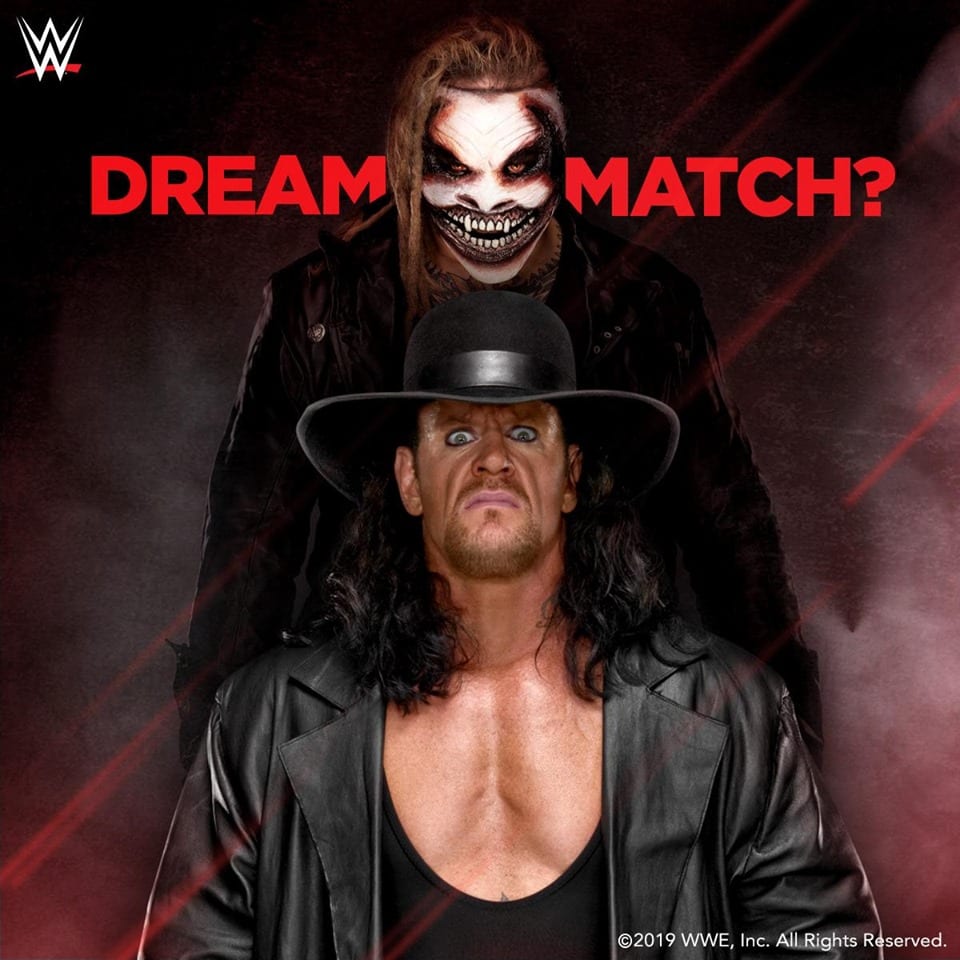 As we have noted before, WWE indeed wants to do The Undertaker vs. The Fiend (tap here for details) and they could have planted the seeds for this feud on this week’s RAW, when The Fiend took out The Undertaker’s brother, Kane.

Also Read: Possible Date For The Undertaker – The Fiend Confrontation