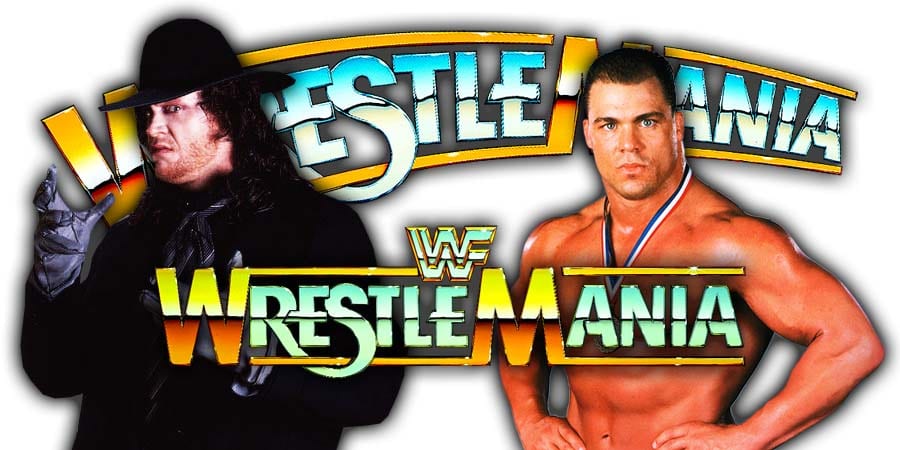 WWE is teasing some big retirement matches for Angle and they listed 8 dream opponents for Angle at WrestleMania 35.

You can check out these opponents below:

WWE posted the following regarding a possible Kurt Angle vs. The Undertaker match at WrestleMania 35:

“If Kurt Angle wants to end his WWE Hall of Fame career in the most epic way possible, unearthing The Undertaker for a battle on The Grandest Stage of Them All would be a proper sendoff for The Olympic Hero. The history between these veterans goes back to The Attitude Era, and their intense clashes for the WWE Championship and the World Heavyweight Championship are practically required WWE Network viewing.

With a 24-2 record at WrestleMania — which includes a legendary 21-match winning streak — The Deadman is nigh unbeatable at The Show of Shows … but Angle would surely be up for that challenge. Oh, it’s true.”

WWE posted the following regarding the highly rumored Kurt Angle vs. John Cena match at WrestleMania 35:

“John Cena’s first WWE match was, famously, against Kurt Angle. The Olympic Hero’s last WWE match should be against John Cena. There should be no further explanation necessary.”