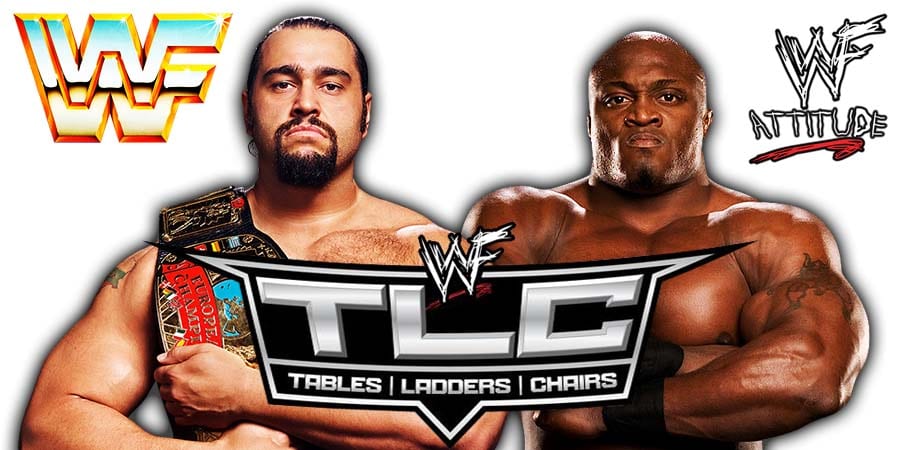 Up next is Universal Champion Bray Wyatt vs. The Miz. The Miz makes his way out first, followed by Wyatt.

Wyatt comes out with the blue Universal Championship and in his Firefly Fun House attire.

Fans are chanting “Yowie Wowie”. The match begins and Miz immediately kicks Wyatt in the face.

Miz delivers vicious knee shots to Wyatt in the corner and Wyatt is laughing and telling Miz to calm down.

However, Miz doesn’t want to be calm and is fighting for his family here. Wyatt’s sweater has been taken off and he’s now sporting a vest.

Miz hits the Clotheslines in the corner and Wyatt’s expressions change out of nowhere and tries to hit the Sister Abigail, but Miz nails a Skull Crushing Finale and Wyatt is smiling!

Miz is hurting Wyatt and making him feel pain, but Wyatt is loving the pain and tells Miz to give him more pain.

Miz hurts Bray’s shoulder and Bray goes outside and starts slamming his shoulder on the barricade to put his dislocated shoulder back in its place.

Wyatt hits a Sister Abigail on The Miz outside the ring. The referee begins counting out Miz, but Miz enters the ring in time.

Wyatt nails another Sister Abigail and beats The Miz.

The Fiend appears on the titantron after the match and Wyatt says “okay, i’ll do it”.

When you were young and your mom caught you doing something stupid. #WWETLC pic.twitter.com/JbCl3cy9C3

Wyatt takes out a giant hammer from underneath the ring and The Fiend’s music hits, but it’s Daniel Bryan!

Bryan hits Wyatt with a Running Knee and reveals his new look.

Bryan continues his attack on Wyatt and looks to hit him with the huge hammer, but the lights go out and Wyatt escapes.

Up next is a Tables match. Bobby Lashley & Lana make their way out first, followed by Rusev.

After back and forth action, Lana costs Rusev the match by jumping on him.

Lashley failed to break the Table by slamming Rusev on it at first, but succeeded in his second attempt.

Below are the highlights from the match:

After the match, a big brawl breaks out backstage and it also features Roman Reigns & King Corbin.