Chono is also a former NWA World Heavyweight Champion, after holding the title between August 1992 and January 1993.

He retired a few years ago after a long illustrious pro-wrestling career that saw him wrestle all over the globe.

At Clash Of Champions 2019 PPV, a fan tried to touch Sasha Banks’ butt during her RAW Women’s Title match against Becky Lynch.

Sasha saw this footage on Instagram and commented the following: 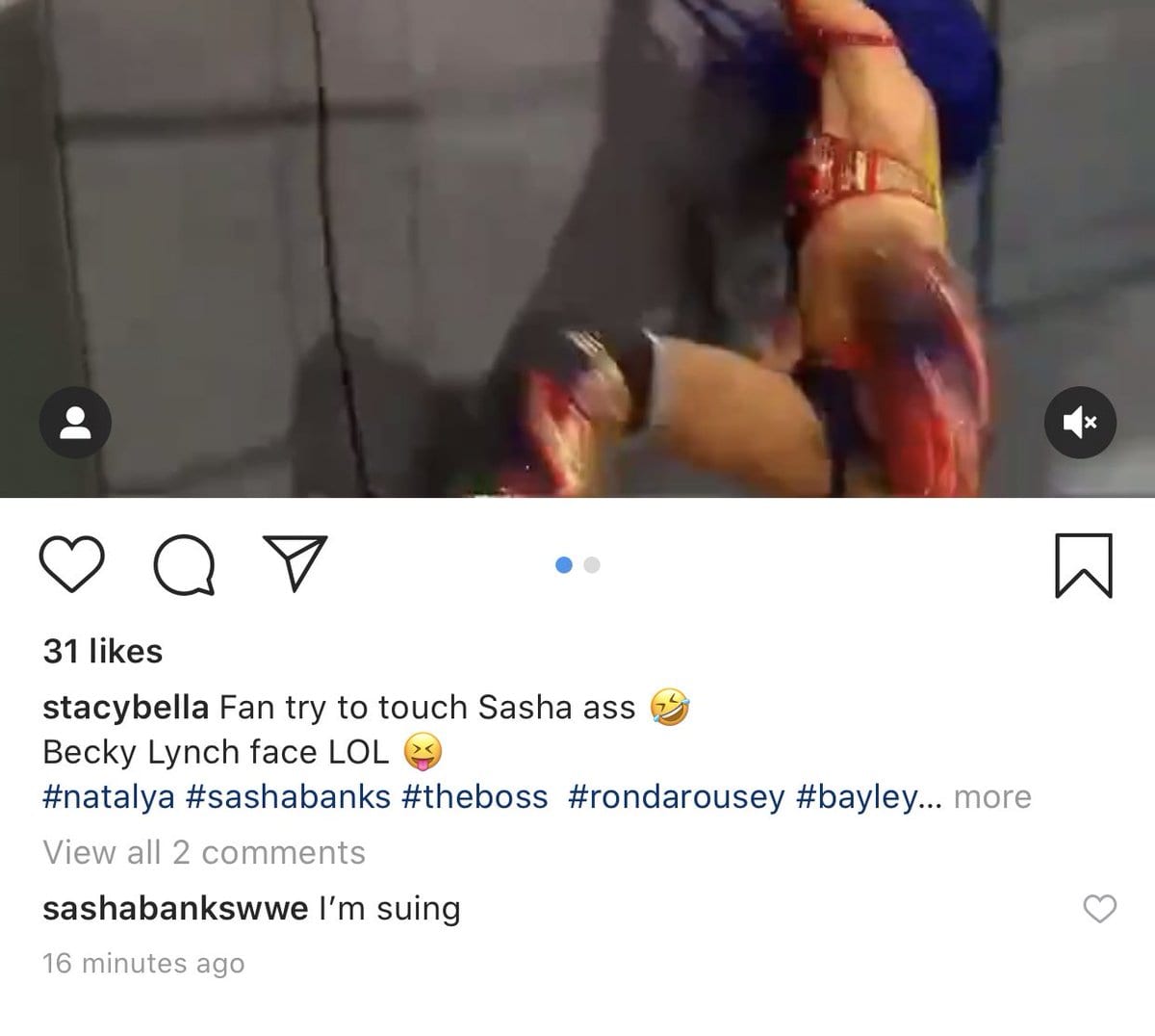 According to Brad Shepard, WWE is set to investigate this incident and issue lifetime bans to fans involved in such incidents:

“According to a source in WWE, the company is investigating the situation involving the fan and Sasha Banks, and will likely issue a lifetime ban to any fan involved.”