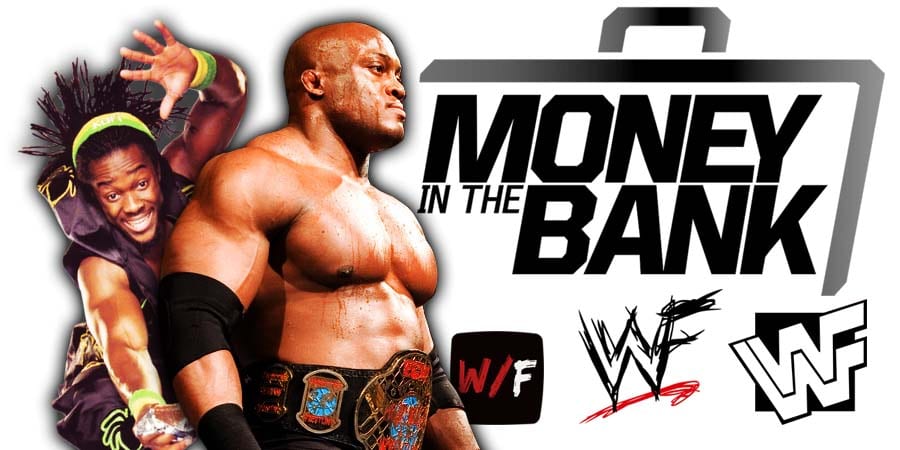 In a recent Twitter battle that went back & forth, WWE Veteran Montel Vontavious Porter referred to The New Day as ‘trash’ and bashed their gear and sneaker game.

Here’s what MVP told The New Day in a Tweet:

“You like trash. Those sneakers will match your video game costumes. Trash + trash = The New Day.”

You like trash. Those sneakers will match your video game costumes. Trash + trash = The New Day.

MVP wrestled for WWE from 2006 until 2010 and returned to the promotion last year at the 2020 Royal Rumble PPV.

On this week’s RAW, Kofi Kingston & Xavier Woods of The New Day defeated WWE Champion Bobby Lashley & MVP in a Tag Team match in the main event, after Kofi hit MVP with a Trouble In Paradise and pinned him.

Kingston is scheduled to face Lashley for the WWE Championship at the Money In The Bank 2021 pay-per-view.

On this day in Pro Wrestling history on July 6, 1985, Jim Crockett Promotions held the inaugural ‘NWA The Great American Bash 1985’ at the American Legion Memorial Stadium in Charlotte, North Carolina.

The 1st ever Great American Bash event aired on closed-circuit television and later made it onto a commercial VHS tape.