WWE Monday Night RAW is coming back to Brooklyn on Monday, March 28. This will be the last RAW event leading into WrestleMania 32. See The Undertaker and Shane McMahon under the same roof for the last time before WrestleMania. You will also see all of your favorite WWE Superstars including WWE World Heavyweight Champion Triple H, Brock Lesnar, Roman Reigns, Dean Ambrose, Dolph Ziggler, Kalisto, The League of Nations, Kevin Owens, Chris Jericho, Bray Wyatt & The Wyatt Family and many more!

It is being speculated that Zayn will be there to set-up an angle for WrestleMania 32, as he’s scheduled to work the biggest show of the year, despite being a part of NXT. It’s possible he might challenege current Intercontinental Champion Kevin Owens.

Below is the poster for WWE Roadblock: 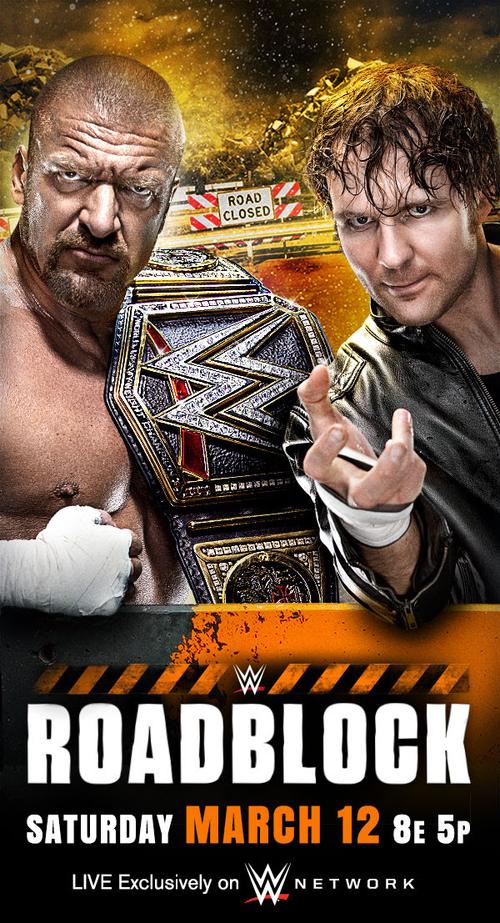 Only 3 matches have been announced for Roadblock till now: