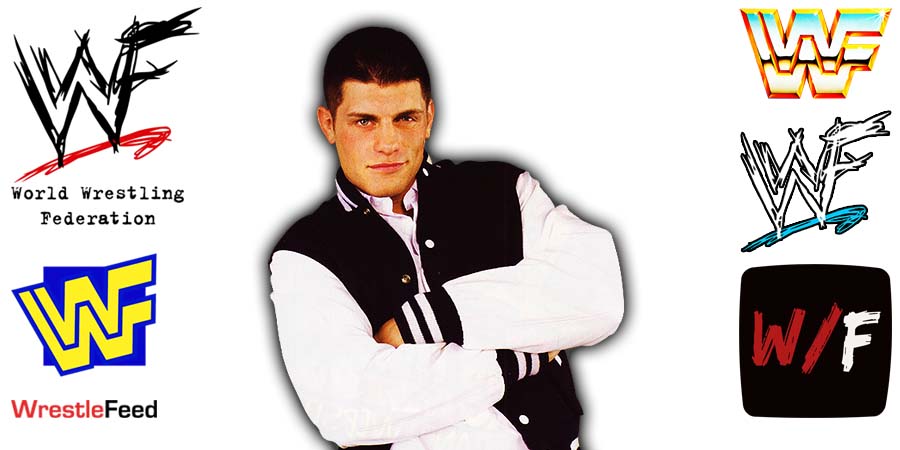 There are all types of rumors going on about Cody Rhodes and his future in pro-wrestling.

There are rumors that he will return to WWE and will face Seth Rollins at WrestleMania 38.

There are also rumors that he will return to AEW to run ROH Wrestling, which is now owned by Tony Khan.

According to the Wrestling Observer, Cody has offers from multiple promotions, and WWE wants him to make his decision fast, because WrestleMania 38 is only a few weeks away:

“Negotiations hit a snag. He has multiple offers. He has to make a decision. WWE wants the decision made soon for obvious reasons. The ball is in his court.”

This episode was pre-taped in Winston-Salem, North Carolina and featured matches & storyline segments on the road to the ‘WCW Uncensored 2000’ PPV.