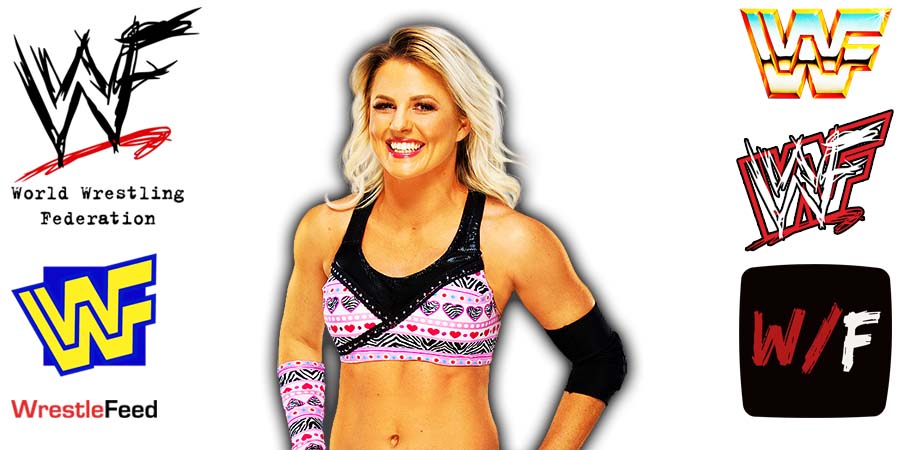 WWE NXT Wrestler Candice LeRae, wife of former WWE NXT Superstar Johnny Gargano, got pregnant last year and she has given birth to a boy.

Gargano revealed on Twitter that their son’s name is Quill Gargano.

Below is the baby’s photo:

Congratulations to the couple!

Jim Cornette wants him to join AEW too, but not for the reasons AEW fans want him there.

“Can you imagine, he’s even worse than the cosplayers they have because he has no personality so can you imagine him trying to get on in old AEW. He certainly doesn’t have any friends over there, does he?

They got CM Punk, they got Adam Cole, they got Bryan Danielson, they wouldn’t take Gargano. What is the appeal of this clown? He’s 5-foot-6, 140 pounds, he’s got one facial expression, he and his wife do nothing but phony tongue-in-cheek promos where you can tell there’s nothing genuine about them, his matches are boring, he’s rotten.

He’s even small for AEW, isn’t he boring for AEW? I will cheer for Johnny Gargano going to AEW if the first thing he does is have a single match with Marko Stunt just to show everybody what Johnny Gargano’s real spot in wrestling really is.”

– Kevin Sullivan vs. Norman The Lunatic